Professional wrestling has been around for a very long time. The longest running wrestling promotion in the world today is CMLL which has been around for eighty two years. Since they opened in 1933, there have been more wrestling promotions than can possibly be counted. With that many wrestling promotions, you can imagine how many characters and stories there have been over the years. Obviously with the thousands if not tens of thousands of wrestlers that have come and gone, there are going to be repeats somewhere in there. Today we’re going to look at why this isn’t a bad thing and why it’s unavoidable.

So this week we saw the return of Kane, both as Demon Kane at “Night of Champions 2015” and as Corporate Kane on “Monday Night Raw”. Kane didn’t seem to remember being the demon the night before and was a very different character on TV. If this sounds familiar, it’s because TNA did something very similar a few years back. From Joseph Park’s Twitter account on Monday night:

“Wow it’s seems other families share the same problems my brother and I did!! Small world.”

Now it should be noted that Park really doesn’t seem bitter or upset about the storyline and comes off like he’s entertained by the story being repeated. The interesting thing is that this isn’t even the first story that may have been copied from that weekend. A “Night of Champions 2015”, Seth Rollins defended the WWE World Heavyweight and US Title in the same night. Two nights earlier, Jay Lethal defended the ROH World and TV Title at “All-Star Extravaganza 2015.”

Did WWE lift these storylines? Eh maybe. The ROH one is so close that it’s hard to argue with, but the TNA one is a bit more defensible. Why? Let’s take a quick look at Abyss. Here we have a hardcore wrestler in a not all there mask who has displayed multiple personalities while dealing with his evil handler who was revealed to be Abyss’ father, as well as the father of a demonic half brother who feuded with Abyss. Yeah Kane may have been copying Abyss, but Abyss is a combination of Mankind, Undertaker and Kane rolled into one. His character doesn’t exactly have a leg to stand on when complaining about stealing ideas.

It’s not surprising that ideas are going to be repeated over time. According to author Christopher Booker, there are only seven basic types of stories that can be told:

The same is true in wrestling. While you can tweak things here or there, for the most part the stories that we see are the same ideas over and over again. In wrestling it might be:

I’m sure there’s one or two more but how many wrestling storylines can you think of that don’t fit into one of those categories? The key to wrestling is making the fans care about the people out there and making them forget that they’ve seen this story over and over. Take perhaps the hottest act in wrestling today: New Day.

New Day isn’t really an original idea. As was shown in a backstage segment a few weeks back, they’re basically a three man Edge and Christian. Sure we’ve seen it before but it’s been long enough that it’s entertaining all over again. As Jim Cornette once said, you can repeat a story seven years later and the fans will accept it again. This tends to hold up, and WWE has even copied itself before. Let’s look at a quick example.

Back in 1992, the Undertaker was feuding with Harvey Wippleman. At “Survivor Series 1992”, Undertaker defeated Wippleman’s monster Kamala in a coffin match. Kamala was never the same and Wippleman was in need of a new monster. At “Royal Rumble 1993”, Wippleman’s new monster the Giant Gonzales debuted and decimated Undertaker, leading to a pair of matches at “Wrestlemania IX” and “Summerslam 1993” with Undertaker winning.

Sure, wrestling fans who had been watching thirteen years earlier would remember the story and could figure out where almost everything was going as soon as they caught on. However, not everyone was watching back in 1992. Not every fan is going to look through all that history to see if a story has been told before. On top of that, some fans were happy to see the story redone with fresh characters as it worked well enough the first time to see it done again.

There is almost no such thing as a truly original idea in wrestling. Almost everything was ripped off from a movie, a TV show, a book or even another wrestling promotion. It’s unfair to expect completely fresh ideas every single time a new story starts as it just can’t be done. You’re always going to see elements of something you’ve seen before but that doesn’t mean it isn’t worth looking at again.

The key to the whole thing is how a company goes about using an idea. In something like Kane and Abyss, the idea probably is being reused but it’s really not that bad of a problem. On the other hand, something like TNA with their 10-10-10 angle being a pretty blatant NWO copy comes off as lame and a rehash of something that has been done over and over again. Between having a lot of the same people to being in the same building to the top face turning heel in the end, the whole thing (after a really great build) was met with a reaction of “this again?”.

There’s nothing wrong with reusing an old idea as the idea must have had something to it (albeit good or bad) if it’s remembered for so many years. However, it has to have enough original material around it to make the whole thing work. When it comes off like you’re just redoing the same idea all over again, the fans aren’t likely going to accept it and the results are going to be as weak as the effort put in. 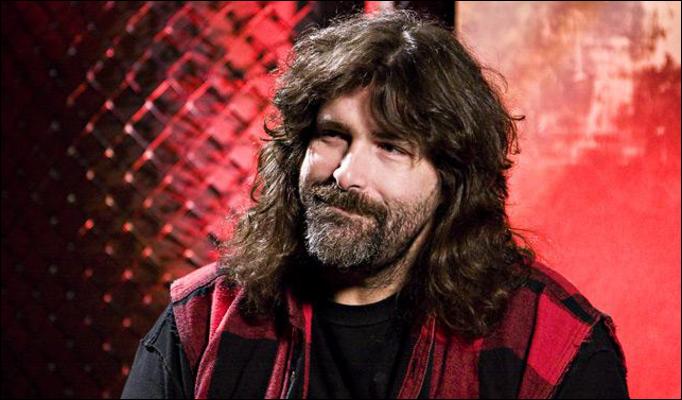