Things in WWE have been shaken up in the last five days as the company held a pay per view with “Night of Champions 2014” and saw a change in direction with Cena now in a clear feud with the Authority and Dean Ambrose being moved up to the main event slot. This was a necessary change due to Roman Reigns, the man previously on the fast track to the top of the company, having a severe hernia and being put on the shelf for several months. While a wrestler suffering an injury is never a good thing, this may be the biggest break WWE has had in a long time. Let’s take a look at why.

It’s no secret that Roman Reigns is being groomed to be the next top star of the company. If you need any proof of that, consider that he’s been around for almost two years and has yet to be pinned in a singles match. He’s always treated like a huge deal and is likely going to become one. However, history shows us that these plans to make someone the biggest star rarely go according to plan and usually that works better than anything WWE can come up with. Time for some history lessons.

Flash back with me to the late 1970s. Hulk Hogan has debuted in the WWWF as a monster heel with Freddie Blassie as his manager. While a star, he really isn’t making the biggest splash in the world. One day he’s offered the chance to go and make Rocky III but Vince McMahon Sr. says no way. Hogan quits and does the movie, becoming a pop culture sensation. He goes to the AWA and starts Hulkamania which Vince Jr. eventually brings into the WWF and turns into the biggest star ever.

Jump forward to 1995. Steve Austin has been fired by WCW and, after a quick stopover in ECW, been signed by the WWF. He was given the gimmick of the Ringmaster, a totally generic heel with Ted DiBiase as his manager. DiBiase goes to WCW and Austin is eventually told to just be himself. Austin becomes a rebel who goes against authority, wins the King of the Ring tournament in 1996 and says the words Austin 3:16. Two masterpieces with Bret Hart later and Austin is the hottest thing in the world.

On the night of one of those masterpieces between Austin and Hart, a kid named Rocky Maivia debuted at “Survivor Series 1996”. Maivia was another very basic character who was very happy to be here. The company wanted to make him a big deal but the fans greeted him with chants of “DIE ROCKY DIE.” Then he hurt his knee and came back as cocky jock who talked in the third person and cracked some funny lines. The fans loved him and he became one of the biggest stars ever soon thereafter.

Austin, Rock and Hogan are pretty easily the three biggest stars ever and they all have one major thing in common: none of their characters were what the WWF had in mind when they started. They likely would have been stars based on talent alone, but to become the biggest names ever and the faces of the company, you have to have the perfect character and push. The catch is that’s rarely the push that is originally planned for them.

Reigns is going to be a big deal due to having everything you need and then some to be one, but maybe this injury opens the door for Ambrose. He’s over with the fans, has a much more in depth character, and can go just as well in the ring. At the end of the day, there’s only so much you can do with a character like Reigns. He’s basically just a big power guy who can do a lot of athletic moves. His matches are impressive and that Superman Punch looks great every time, but you can only go so far with it. Reigns comes off more like a Batista than anything else to me: a power guy who will win a pile of championships but not be the king of the company.

On the other hand you have Ambrose, whose character could go in a lot of ways. He’s similar to an insane Steve Austin: the everyman who isn’t going to take it anymore and is willing to fight until the last breath. In other words he’s fighting against an idea instead of a single person, giving him many more options. Ambrose has more potential long term, and this is his time to capitalize on the opening.

The key here is simple: Reigns was destined to be the biggest star in the company, but this huge injury has changed a lot of things. If the company goes with Reigns as the top guy when he comes back they’ll be fine, but they have an option in Ambrose who could be the star that leads the company for years to come. It’s a very good thing to have these options though, and WWE’s future looks bright. 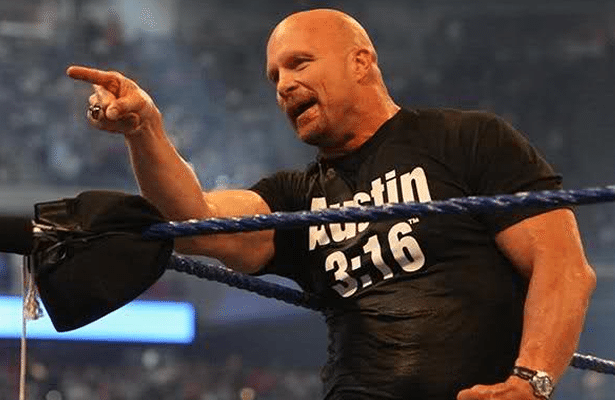 Rumors of a Power Struggle Exist Inside WWE