How John Cena Is Honoring Graduating Students (This Is Awesome)

That’s a cool thing to see. The spread of the Coronavirus has changed the way the world works and those changes do not seem to be going away anytime soon. Those changes have impacted almost everyone in the world and it has not been in a good way. Even the day to day ways of life have been changed and while a lot has been lost, there is still a way to make things work. A wrestling legend will be helping out with something just like that.

One of the things that a lot of people are not going to get to participate in this year is their high school or college graduation. That is something that people from different age ranges might not think about but it is a big deal in that person’s life. It’s a shame that they won’t get to walk with their friends and see their families smiling back at them, but a bit of a remedy might be available.

John Cena will be delivering the keynote address as part of a virtual graduation ceremony being broadcast Friday at 12pm EST on Facebook as well as Cena’s Twitter. The ceremony will be used to honor graduates from all levels, including pre-school through college. Part of Cena’s speech will include a reading of the Dr. Seuss book Oh The Places You’ll Go!, a common gift for graduates.

Wrestlers can be graduates too. Check out two graduates plus the use of a doctorate:

Opinion: This is one of those things that is just cool. These graduates worked hard for a long time to get where they are today and they deserve the recognition. It might not be the same thing that they had been looking forward to but it is better than nothing. Hopefully this makes things a little better for them because it isn’t their fault that they won’t be getting the full graduation experience.

When do you expect Cena back in WWE? Who should be the next person to graduate from NXT to the main roster? Let us know in the comments below. 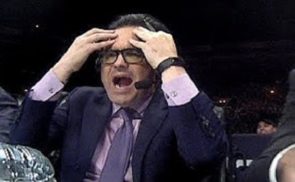 Interesting Note About This Week’s NXT 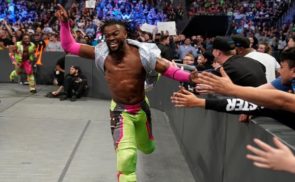 WWE Gets Some Very Special Treatment