USA! It’s Royal Rumble season and that means we need to talk about the first winner of the match. Back in 1988 Jim Duggan won the first ever Royal Rumble and became an even bigger star than he already was. Nearly thirty years later people still talk about Duggan’s win but some others probably wonder where the 2×4 came from. Duggan recently spoke with Sports Illustrated about why he started carrying the board:

“I’ve been carrying the two-by-four longer than I’ve been carrying the flag. I started off as ‘Big’ Jim Duggan with short hair and clean shaven and a long gold bathrobe, and that didn’t work. I went through two or three different characters before I found ‘Hacksaw’, but back in the old days, this could be a very dangerous business just getting to and back from the ring. People would spit at ya, they’d punch you, and I was a bad guy then.

“I was sitting in the dressing room one night, all bruised up and covered with loogies, and Bruiser Brody comes in and says, ‘Duggan, if you carry something to the ring, bring something you can use. Forget those feathered boas and sequined robes.’ I saw a piece of wood, so I came up waving that piece of wood, and it was like parting the Red Sea. I got back and forth to the ring, and I’ve been carrying the two-by-four ever since.”

Eh sometimes you just need to carry a big board with you. Jim Cornette did the same thing with his tennis racket so there’s clearly something to the idea. It’s turned into one of the more iconic props in wrestling history and has worked for over thirty years. Why change what works so well? 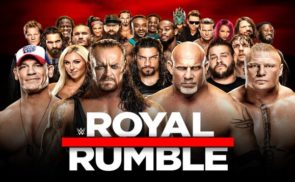 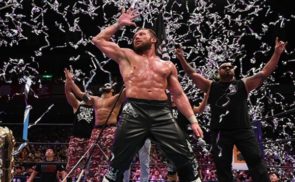 Kenny Omega Speaks About Possibly Appearing In The Royal Rumble