Well that’s one way to go. With so many wrestlers running around WWE these days, it can be easy to forget who is around and who is doing what at any given time. It can get even more confusing when someone misses time due to one reason or another. That has been the case with someone for a good chunk of this year, but now they are back in a rather different setup.

Back in May, the Forgotten Sons disappeared from WWE television following a political tweet from Jaxson Ryker. The tweet did not sit well with various people in WWE and Ryker, along with his fellow Forgotten Sons Steve Cutler and Wesley Black, were immediately gone from WWE TV. Blake and Cutler returned on last week’s SmackDown and now Ryker is back too, albeit in a surprising way.

According to Wrestlinginc.com, Ryker will be making an appearance on this week’s Main Event. Ryker is now associated with Elias and seems to be a bodyguard. According to Fightful Select, Ryker’s return was a surprise to several backstage in WWE. The return is said to be a dry run for Ryker and Elias as a pairing, with the segment being designed to see what Vince McMahon thinks.

Ryker is a heck of a monster. Check out what WWE is getting back:

Opinion: This certainly is a surprise and I’m not sure what to make of it. I would have bet on never seeing Ryker in WWE again after the whole incident but he is getting one more chance. I have no idea if this is going to be the big saving grace for Ryker’s career, but it is a pretty big surprise that he is back whatsoever. It could be interesting to see what he does, but it wouldn’t surprise me if he doesn’t last long again.

What do you think of Ryker? Will his return last? Let us know in the comments below. 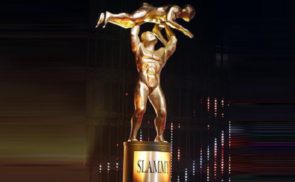 You Can Vote Now For The 2020 Slammy Awards 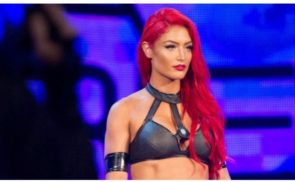