Maybe not? Wrestlers are like any other athlete, in that at some point they are not going to compete any longer. The end of their career can be something sad to see, but it is going to happen to everyone at some point. Some wrestlers get to leave on their own terms and it is great when someone gets that luxury. That seems to be the case for someone else, at least from their current promotion.

New Japan Pro Wrestling star Juice Robinson appeared on Wrestling Observer Live and announced that his New Japan contract is expiring on April 30 and he will not be wrestling for the promotion any longer. Robinson said that he wants to relax for a bit rather than wrestle somewhere else, though he did say that he does not have the urge to wrestle anymore. There is nothing to suggest that this means Robinson, 33, is ready to retire.

Opinion: I hope Robinson isn’t planning to retire but if he does not want to at the moment, good for him for getting out when he wants to. Robinson is someone who has come a very long way in the last few years and it should be interesting to see what he does next. At his age, he could have quite a long time left in the ring if that is what he wants to do, but that might not be the case at the moment.

What do you think of Robinson? Where would you like to see him wrestle next? Let us know in the comments below. 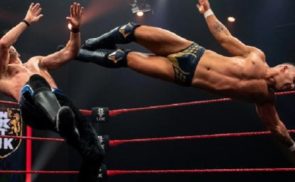 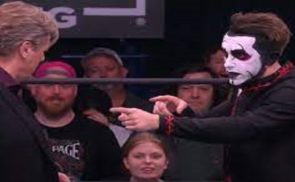