The exception to the rule. One of the more interesting WWE stories over the last year has been the company taking over its wrestlers’ social media platforms. This makes sense in a way, as various wrestlers have been making a small fortune off of advertisements from those platforms. WWE has tightened things up since then, but it turns out there is a little bit of a break included.

Earlier this week, news came out that WWE was now taking over its wrestlers Twitter and Instagram accounts. The reason was the same as before: wrestlers are using the platforms to make money for themselves through advertisements that WWE could produce instead. There was something else included in the new rules but WWE has already changed things up a bit.

According to Wrestling Observer Radio, Sami Zayn will be allowed to continue advertising his Sami For Syria campaign on Twitter. This comes after the possibility that WWE would no longer allow any charities to be promoted on wrestlers’ social media. However, the charities will still be allowed on a case by case basis, though there is no word on who will have the final say.

Zayn has done some great things with his charity. Check out how he has been recognized: 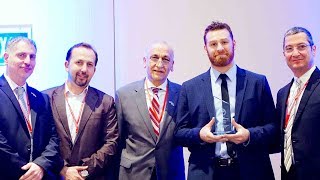 Sami Zayn is honored by the Syrian American Medical Society

Opinion: I’m glad that Sami For Syria is on the safe list, but there is something a little hard to swallow about WWE having a select group of charities which are safe to be promoted by its wrestlers. By definition, a charity is there for someone else’s benefit. Isn’t it a good thing for a charity to get money? Is WWE really going to get annoyed if the wrong charity gets some kind of a donation? I’d love to hear more about this, because it doesn’t really sounds great.

Interesting Note On What Is Coming For Sami Zayn 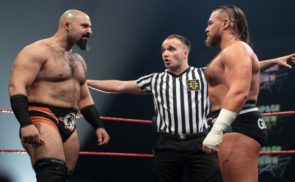