We are just over two weeks away from Bound For Glory and if you don’t know all of the card so far, you can probably guess what is coming on the show. There is still a lot of work to do though, including Eddie Edwards needing to deal with Moose. That could go in a few different directions so let’s get to it.

It’s Chris Bey/Hikuleo/El Phantasmo for the Club. Bey takes Sabin into the corner to start but we actually get a clean break. They go back back and forth with neither actually getting anywhere so Phantasmo comes in to take Robinson down. A standing moonsault hits Robinson he’s back up with an atomic drop. The non-Club starts taking turns on Phantasmo’s arm. Robinson has to fight off everything at once but Bey finally knocks him down to take over. Hikuleo teases coming in but jumps down to rake Robinson’s back instead.

Somehow Robinson survives and gets over to Finlay to pick up the pace. That just earns him a shot to the face though as everything breaks down in a hurry. Sabin high crossbodies Bey and Phantasmo at the same time and it’s a triple dive to take out the Club on the floor. A Dominator spun into a DDT gives Sabin two on Phantasmo but Hikuleo is back with a chokeslam. Phantasmo adds the top rope splash for two but Sabin is back up with a backslide. Hikuleo offers a distraction though and it’s a low blow from Phantasmo, setting up the Art of Finesse for the pin on Sabin at 8:47.

Josh Alexander says it would usually be an honor to team with Christian Cage but tonight is about getting rid of Ace Austin and Madman Fulton before Bound For Glory.

Here is Heath for a chat. The fans seem happy to have him back as he has been out for a year. Last year at Bound For Glory, he was ready to get his Impact contract but he had to sit at home. Thank goodness he had some little girls to be doctors for daddy. While he was out though, he saw Rhino joining Violent By Design and that isn’t the real Rhino.

What he wants right now is to talk to his best friend but he gets Violent By Design instead. Eric Young asks what Heath doesn’t get because the team made Rhino better. The fans tell Young that he isn’t Rhino but Young goes on a rant about how that Rhino isn’t coming back. Heath is going to lower his eyes, leave the ring and never come back. That isn’t happening so the beatdown is on with Heath being buried under the flag.

Willie Mack, with Rich Swann, is ready to win the X-Division Title back. Brian Myers’ Learning Tree comes up and a tag match is teased for later.

Post break, Myers tells the Learning Tree that they’re on their own.

Martinez powers Frost into the corner to start but gets wristdragged back down. The threat of a right hand sends Frost off to Lauren, who bites Evans’ hand. We take a break and come back with Lauren in trouble in the corner but clotheslining her way to freedom. The hot tag brings in Lee to clean house as everything breaks down. The illegal Martinez cleans house until Steelz steals the pin on Lee at 9:38.

Post match here is Alisha Edwards to clean hour with a kendo stick.

Flashback Moment of the Week: Christopher Daniels b. James Storm at Genesis 2013.

Alisha Edwards rants about Kimber Lee so Gail Kim puts the two of them, Savannah Evans and Jordynne Grace in a Monster’s Ball match for Knockouts Knockdown.

It’s time for It’s All About Me, with Tenille Dashwood and company. Tenille and Madison Rayne are excited to win the Knockouts Tag Team Titles at Knockouts Knockdown so here are their opponents: Decay. We get a weird beeping noise and Decay is ready to retain, but we’re out of time. That’s not cool with Decay, who says this is their show now. The Influence runs off in fear..

Moose and W. Morrissey are ready to get rid of Eddie Edwards, just like they did Sami Callihan. For now though, they’re going to be in the Call Your Shot at Bound For Glory. They’re still not friends either.

Maclin takes over to start but Taurus takes him down with a Sling Blade. With Maclin on the floor, Williams hits a running dropkick to Taurus’ back. A slingshot hurricanrana to the floor takes Maclin down but Williams has to deal with Taurus. The distraction lets Maclin hit an Angle Slam to Williams, followed by something close to a Death Valley Driver on Taurus.

Maclin goes after Williams though, allowing Taurus to fight back and powerslam him for two. Williams’ crucifix gets two on Taurus, followed by a running knee. Maclin runs both of them other but gets caught with a DDT to put everyone down. We get the three way strike off until Taurus hits Maclin with a running crucifix bomb (or close to it). Taurus ties Williams in the Tree of Woe but gets sent outside. Williams slips out and gives Taurus the Canadian Destroyer but walks into Mayhem For All to send Maclin to Bound For Glory at 7:13.

Result: Steve Maclin b. Petey Williams and Black Taurus – Mayhem For All to Williams (7:13)

Christian Cage says Josh Alexander can scout him tonight but keep his emotions in check. Christopher Daniels comes in to say he’s here to win the World Title. It can be in Impact or AEW, but he’s coming for the belt.

Johnny Swinger is panicking over Swinger’s Palace being shut down so they’re cleaning out the closet. This includes a photo of Dixie Carter (Swinger approves) but here is Fallah Bahh to say his money paid for a lot of this stuff. He’s glad they’re being shut down and leaves, as John E. Bravo finds a poster for a Jeff Jarrett DVD set. Swinger: “Did we buy this?” Bravo: “Won it. In a lawsuit.”

Lemons and Dice jump them to start and get knocked down without much trouble. Dice gets caught in the wrong corner, allowing Swann to plant him with a bulldog. Mack chops away and then twists Lemon’s nipples to mix things up a bit. Fans: “SQUEEZE THE LEMONS!” Everything breaks down and Mack holds Lemons up for a middle rope Blockbuster from Swann for the pin at 2:44.

Post match Brian Myers and the rest of the Learning Tree comes out to beat down Mack and Swann.

We look back at Mickie James vs. Deonna Purrazzo at James’ horse farm last week.

James and Purrazzo get in a fight in Scott D’Amore’s office. Scott gives them a no contact clause until Bound For Glory and the match is off/the title is stripped if they fight before them. They can do a Pick Your Poison series as well, with James picking Purrazzo’s opponent at Knockouts Knockdown.

Cage and Fulton start things off with Fulton powers him down without much effort. Back up and Christian scores with some right hands to the jaw to knock Fulton into the corner. That doesn’t seem to matter as Fulton clotheslines both of them down and hands it off to Austin, who is quickly backdropped. Austin gets in an elbow in the corner and a superkick gets two on Alexander as we take a break.

Back with Austin kicking him in the head for two more but Alexander gets over for the tag to Christian. A few rooms of the house are cleaned but Fulton runs Cage over to cut that off in a hurry. We hit the chinlock for a bit before Fulton powers him into the corner again. It’s back to Austin for a springboard DDT but Christian spears him out of the air.

The double tag brings Fulton and Alexander, with the latter hitting a torture rack spun into a powerbomb for two. Some rolling German suplexes get two on Alexander but everything breaks down. Austin has to kick away Alexander’s ankle lock so Alexander grabs Rolling Chaos Theory, only to have Cage tag himself in. The Killswitch finishes Austin at 16:30. 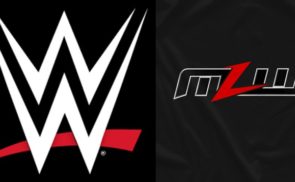 WWE May Have Blocked Another Promotion’s Important Streaming Deal