Bound For Glory has come and gone and not a lot has changed because the World Title is now vacant. Matt Hardy won the title by pinning Drew Galloway, but Ethan Carter III fired an injunction against him for reasons that aren’t entirely clear. Therefore, tonight we’re starting a 32 person series to crown a new champion at some point in the future. In other words, we’ll be seeing a lot of matches taped a few months ago cobbled together into a competition. Let’s get to it.

We open with a stills package of Sunday’s main event, which means nothing now.

Dinero and Matthews are in the studio and throw us into a package of everything that has happened since Sunday. Ethan Carter III has gotten an injunction from a judge to prevent Matt Hardy from appearing on Impact. No real explanation is give.

Therefore, since Matt can’t appear on TNA TV, we see a video of Matt vacating the title.

Dixie Carter talks about how the 72 hours since Bound For Glory ended have been insane.  Dixie and Billy Corgan announce the 32 person series to determine the new champion. Its name: the World Title Series.

The men and women will both be involved in the series with eight groups of four each. The groups will compete against each other in round robin style matches with three points for a win, one point for a draw and zero points for a loss. There are fifteen minute time limits and the top two from each group advance to the round of sixteen, which is a single elimination tournament with no time limits.

Dinero and Josh make their predictions on the first four groups.

Drew Galloway talks about Sunday being the hardest night of his life. He’ll be back though.

Josh says the injunction might be about Jeff Hardy hitting Carter on Sunday. They fight into the corner to start and Bram bails to the floor. Back in and Bram bails again as we go split screen to see some clips of a roundtable group discussion from earlier in the day.

As Bram talks about being better than the rest of the group, Drew suplexes Bram to the floor again but this time Bram sends him into the steps to take over. Back in and Bram grabs a chinlock until Galloway gets to his feet and wins a slugout. They head outside again so Galloway can send him face first into the steps over and over. Back inside and Drew’s running big boot is good for the pin and three points at 7:59.

Gail Kim is thankful for the chance to be in the tournament.

Drew Galloway says Bram’s mistake was going to the floor. They’re treating this like a traditional sports event with analysis and the pre and post match interviews.

No title with Gail because of the taping schedule which Josh attributes to Gail being focused on the World Title. They keep the split screen stuff to a minimum here and come back to Gail monkey flipping her over, only to get caught in a pinfall reversal sequence for some near falls. Brooke grabs something like a reverse Cattle Mutilation but can’t keep the hold on.

Eat Defeat is broken up and they slug it out until Brooke grabs the Butterface Maker. She misses a top rope elbow though and Gail bends Brooke’s ribs around the post. Eat Defeat is countered again so Gail tries a leg lock, only to get rolled up for the pin at 6:25.

EC3 wants this to be called the Memorial Screwjob Series. He should be the champion because he got ripped off but it’s motivated him to win this thing. Carter promises to defeat Austin Aries tonight in record time. This series isn’t over until he wins.

The announcers talk about the first two matches.

In the split screen discussion, Grado and Spud argue over who the real underdog is. In the ring, Grado sits on Spud’s chest for two and drops a backsplash for good measure. A Cannonball misses though and Spud scores with a dropkick in the corner. Grado comes back with a Pedigree for two. There go the straps but Grado’s ankle lock is quickly broken up.

Spud hits an overly complicated Worm for two but Grado tops him with a People’s Elbow. The running the ropes (multiple times across the ring) makes him tired though and Pope thinks this is the funniest thing he’s ever seen. Spud hits a decent chokeslam and the Undertaker cover gets two. Matthews calls this a slobberknocker as Grado escapes an AA but walks into a Stunner and the Underdog to give Spud the pin at 5:57.

Pope picks EC3 to lose all of his matches.

Tyrus says he’s going to sit back and see who wins the Series because he’s up next. It would be interesting if EC3 wins.

Aries has Thea Trinidad with him for no explained reason.  Pope starts talking about Jeff Hardy getting involved on Sunday so I’m assuming that’s the official reason for the injunction. Ethan cranks on a wristlock and then runs Aries over with a shoulder. Aries pops back up and forearms Carter outside, followed by a slingshot hilo to send Carter to the floor again.

Some elbows to the head knock Ethan back inside but Aries dives on Tyrus when he gets too close to Thea. We take a break and come back with Aries fighting out of a chinlock until Ethan pulls him back to the mat for the same hold. We’ve got less than five minutes to go and this was the only match to have the time limit announced during the entrances. Aries fights back and gets a neckbreaker across the middle rope, followed by a suicide dive into the barricade.

Back in and another Tyrus distraction lets Carter get two off a TKO. Carter’s superplex is broken up and Aries gets two off the 450. Even Tyrus was freaked out at the near fall. Aries wins a slugout but Tyrus trips him up, allowing Ethan to grab a sitout powerbomb for another near fall. The Last Chancery goes on with a minute left but Carter gets to the ropes. Both finishers are countered three times each and Aries can’t get the Last Chancery as time runs out at 15:00.

Aries gives Carter a brainbuster after the match.

Pope says getting a draw and one point is like getting zero points.

Mr. Anderson is glad that he’s in the toughest group. He’s all in against Lashley tonight.

Aries says Carter knows what the brainbuster feels like and it’s his first loss if he ever feels it again.

An early Implant Buster doesn’t work for Kong so she throws Madison across the ring. As the split screen gives us some rare talking from Kong (the seas will boil with her rage), Kong throws Madison in a Torture Rack before just dropping her. Madison comes back with a missile dropkick for two but the Implant Buster ends Rayne at 4:12.

Lashley is glad to be in a tournament because he’s gotten here in tournament style competition. Mr. Anderson is victim #1 tonight.

Matt Hardy talks about what a great moment Sunday night was but now it’s all gone. He’s entered into the Series and will start competing next week.

Lashley takes him to the mat to start and we’re in a break just a few seconds after the bell. Back with Lashley suplexing Anderson with ease but the spear can’t connect yet. The split screen has Lashley and Anderson saying that they should both move on and then fight in the round of sixteen. Lashley charges into the post to give Anderson two and it’s time to work on the arm.

Anderson dropkicks Lashley’s leapfrog out of the air and it’s time to go back to the arm. A single arm DDT gets two and it’s back to the armbar. Back up and Lashley fires off some clotheslines with the good arm, including a big one in the corner. There’s a spinebuster as we have less than five minutes to go. The spear still can’t connect though and Anderson hits a pair of Regal Rolls. Anderson tries a third but Lashley rolls out and hits the spear for the win at 12:16. 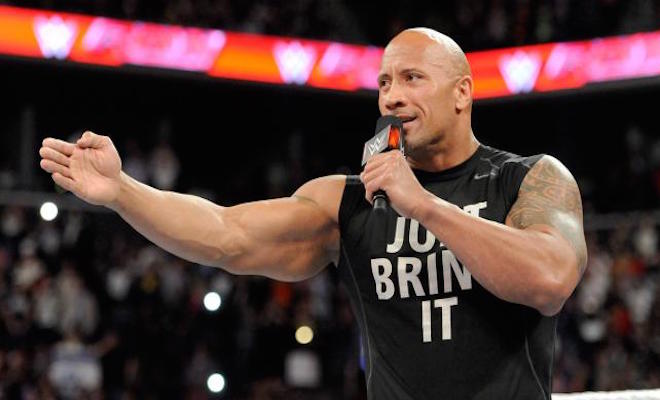 Backstage News on The Rock Reportedly Working More with WWE 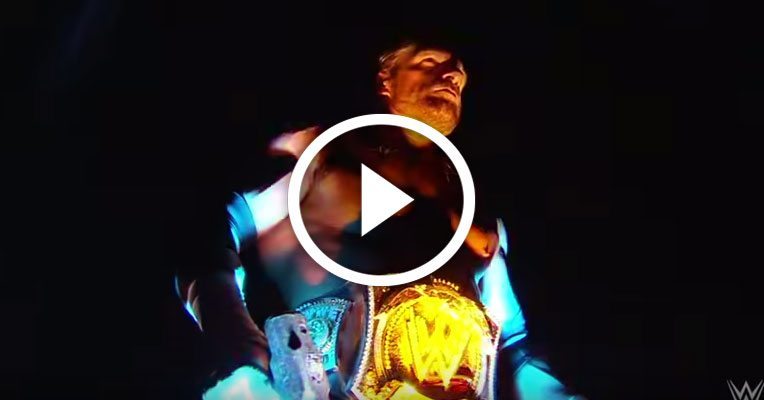 5 current Superstars with the most titles: 5 Things