It’s the go home show for this year’s Bound For Glory and that really could mean anything tonight. The big question is how much action will actually take place in this country, which has been up and down over the last few months. They need to set up some stuff for Sunday though and that needs to be done in a hurry. Let’s get to it.

Video on Rosemary vs. Taya Valkyrie.

From Border City Wrestling in Canada.

The villains jump Rosemary and Allie to start and Allie gets choked in the corner. It’s quickly off to Rosemary for a crossbody and a kick to Sienna’s head. A cheap shot from behind puts Rosemary in trouble as the announcers talk about everything on Sunday.

Rosemary’s choke over the ropes has Sienna in trouble but she has to let it go and falls to the floor. The lights are so dark that she’s hard to see out there, suggesting that there are very few fans at the show. A double collision allows the hot tag to Allie so house can be cleaned. Everything breaks down and Sienna kicks Spinelli by mistake. A Codebreaker from Allie sends Sienna into a German suplex, allowing Allie to grab the pin at 6:20.

Here are Lashley and American Top Team to yell about how fake wrestling is. The men they’re fighting on Sunday are athletes, but Moose isn’t a fighter and Bonnar is famous for losing. On Sunday, they’ll be exposed as fake fighters and everyone will know that wrestling isn’t legit. Then they’ll stop coming and wrestling is destroyed for good.

Recap of Grado vs. Joseph Park.

From Pro Wrestling Noah in Tokyo.

Yuji and Masa trade some shots to start before it’s off to Moose to clean house with a dropkick and bicycle kick. Kitamiya gets dropkicked off the top rope and out to the floor and a hesitation dropkick in the corner gives Moose two. Moose and Kitamiya get in a hoss fight until Moose sends him shoulder first into the post.

Moose gets sent outside and a double bulldog gets two on Yuji. A spear gets two on Yuji but he pops up to slug it out with Kitamiya. Yuji takes him down and hits a top rope splash for the pin at 8:32.

We run down the Bound For Glory card.

LAX is in their clubhouse when Eli Drake and Chris Adonis show up. They bring guacamole as a peace offering and an agreement is made for one night only. They’ll help take out each others’ opponents for Sunday in a six man tag tonight.

Video on OVE vs. LAX.

Video on the six people in the X-Division Title match on Sunday.

Non-title and one fall to a finish. It’s a huge brawl to start with Williams dropkicking Garza in the back of the head. Stop though, because GARZA HAS TO TAKE OFF HIS PANTS! Sydal comes back in to drop Xavier and Garza at the same time, followed by a standing moonsault for two on Dezmond. It’s Lee coming in to take Sydal down and we take a break.

Back with Lee getting kicked in the face by Dutt as we hear about the rematch taking place on Sunday.Dutt dives onto a pile of people at ringside, leaving Garza to hit a powerbomb on Xavier and a World’s Strongest Slam on Williams at the same time. That’s only good for two though as Sydal comes back in, only to have Petey hit the Canadian Destroyer for two. A powerbomb gives Lee two on Petey but Xavier comes back in with his moonsault kick to put Lee away at 11:30.

Video on Gail Kim and the other women in the title match with her.

Here’s Gail Kim to talk about what her journey has meant to her. She’s ready for both opponents and promises to take the title back where it belongs as she ends her career.

We run down the pay per view card. Again.

The tag teams start brawling in the aisle before Impact shows up. Drake waits for Impact at the entrance and gets in a belt shot from behind. The beating is on outside the ring with the villains in full control. Johnny is finally thrown in where he has to take care of Adonis before we get an opening bell. Impact hits a big corkscrew dive to take out all of the bad guys and we take a break.

We come back joined in progress with Johnny superkicking Ortiz into a double spinebuster for two, only to have him come back with a flapjack. Jake gets beaten down in the corner and Santana gets belly to back suplexed for two. Drake’s over the shoulder powerslam drop gets two more and it’s time to plug a movie on Pop! Jake fights up and makes the hot tag as everything breaks down. A big flip dive sends Jake crashing onto Ortiz as we hear about LAX going to Germany. Johnny sunset flips Santana for the pin at 5:13.

Post match the villains beat the winners down with Johnny being sent back first into an exposed buckle. Drake and Adonis pull back the mat and expose the wood, setting up a Gravy Train to leave Impact laying to end the show….at 9:57, with another Bound For Glory ad ending the show. 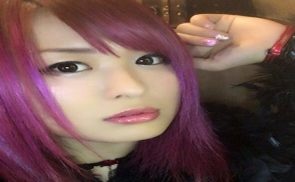 Why Did WWE Pass on Signing Top Japanese Star? 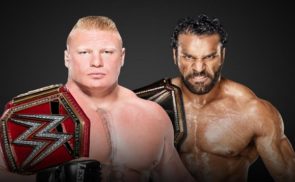