This might actually be an interesting show as TNA is under new ownership with Dixie Carter all but completely out of power. It’s been a few weeks since we’ve had a full show of new content actually in the Impact Zone as we saw two weeks of Hardy related material plus a very rushed Best of 2016 show. Let’s get to it.

We open with a recap of the World Title situation with Ethan Carter III and Eddie Edwards going to a double pin and Edwards vs. Lashley going into the North Carolina woods at Total Nonstop Deletion.

Here’s Eddie to wish us a happy new year and to say he’ll fight anyone anytime. This brings out Lashley to say he’ll be giving out beatings this year, starting with Eddie. Lashley wants a title shot tonight but here’s Ethan Carter III, who makes sure to point out the Anthem logo. Carter was watching these two fight in Matt Hardy’s backyard and thinking about getting his title back. Lashley calls them both cheerleaders and isn’t cool with Carter wanting a rematch tonight too. The champ suggests a triple threat match and promises a special surprise for later.

Moose is defending. Bennett kicks him down and grabs a chinlock before hammering away to gain favor with the judges. Another hard chinlock ends the first round, which Bennett easily wins. Moose fights back to start the second round and hits a middle rope moonsault for an early two.

Back up and Moose dives into a cutter for two. We hit another chinlock until Moose takes his head off with the Game Changer as the round ends. After a break, Moose wins round two and grabs the chokebomb for two. He misses a top rope moonsault though and Bennett grabs a piledriver for two. They very slowly slug it out with Moose hitting him in the face but getting kicked in the chest. Another slugout is enough for them to take it to the bell at 16:49 (counting breaks). Moose wins via split decision.

Swoggle is in the back when he runs into the Hardys. Matt asks if he was sent here by Mc-Mehon to infiltrate the event. Apparently he was and Matt laughs.

Spud wants to start this year with a win because the winning streak starts now. Swoggle starts fast with a spear, a German suplex and the Celtic Cross for a completely clean pin at 1:09.

Bennett goes up to Moose again and demands a rematch on the pay per view in a match where anything goes. Moose agrees.

Eli Drake holds up signs that say he gets to talk next.

It’s time for Fact of Life with the once again verbal Eli Drake. He’ll never be done with Ethan Carter III but tonight his guests are the Broken Hardys. Reby plays them to the ring on the piano and Eli says get the camera back on him. He wants to know where his invite was to Tag Team Apocalypto but Matt says maybe Eli was scared like the Day of New or the Bucks of Youth. Drake: “I don’t know what you just said.”

I think they start quoting song lyrics to each other until Eli hits the button over and over. Matt says something about magic and blasphemy so Eli throws out a challenge for tomorrow’s pay per view. We get the dueling DELETE/YEAH chants until Jeff calls it very confusing and hits Drake in the head.

Eddie is about to talk about his surprise when Lashley comes up with a threat.

Gregory Shane Helms is no longer the Hurricane. In a quick pre-match interview, Shane says he doesn’t remember being the Hurricane but he’s back now. Decay takes over to start but the Dynasty realizes they can have some more luck against Steve, who is beaten down in the corner. Lee cleans some house but a tag brings in Abyss to wreck the smaller guys. Helms tries to chokeslam Abyss and gets mist from Rosemary for his efforts. A chokeslam off the top ends Everett at 3:23.

Maria has something special planned for Allie.

Here are Maria, Sienna and Laurel Van Ness with something to say. Maria talks about being here a year ago and looking forward to another year. First things first though: Allie needs to get down here. Allie comes out and Maria screeches a lot, saying Allie’s plan has two problems. There’s going to be a match right now so Allie gets in her face and says bring it on.

Madison Rayne is on commentary. Allie goes right after her but gets taken down by Sienna instead. A one foot cover gets two and a sideslam gives Sienna the same. Sienna keeps getting distracted by Braxton Sutter on the floor but is still able to spit at Allie. That fires Allie up even more and she slams Sienna, only to have Laurel hug Braxton for a distraction. Allie is upset and the Silencer puts her away at 5:05.

We hear about tomorrow’s pay per view.

That goes nowhere and it’s a double suplex to Lashley instead. Eddie takes over with chops all around and a Blue Thunder Bomb gets two on Carter. Something like a Tower of Doom puts all three down and it’s Carter up first with a clothesline to Lashley. The TK3 gets two on Lashley but he throws Carter to the floor. It’s time to grab the title but here’s the returning Davey Richards to take it away. The Boston Knee Party retains Eddie’s title at 19:52. 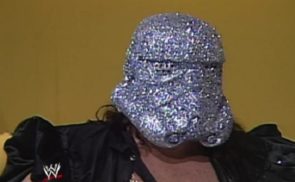 #TBT: Two WCW Wrestlers With The Worst Debuts Ever 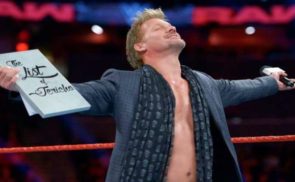