We’re on to Las Vegas now after a pretty good run down in Mexico. The question now is where we go from here as the road to….is it the New York show or the April pay per view now? Either way the main event scene isn’t likely to be great, which has been the problem for far too long now. At least we can get the Tag Team Title stuff going again though, which has been great every time. Let’s get to it.

The opening recap looks at Uncaged.

Here’s Johnny Impact for a chat. He said he’d be a fighting champion and he has been, then he said he’d retain the World Title last week and he did that too. Last week he did everything he said he would and beat three people, so it’s time to move on. This brings out Moose, who seems to disagree. Moose doesn’t want to hear this crying because other people cost him the World Title last week. Cue Killer Kross to say he hates Moose and his outfits. The clothing is too far as Moose gets in Kross’ face. Impact decides that that they can have a match right now for the #1 contendership. Here’s a referee and we’re ready to go.

Impact is on commentary. Kross shoulders Moose down but Moose nips up so it’s a running clothesline in the corner to actually do some damage. Moose gets two off a rollup and yells at the referee, allowing Kross to score with a low blow. They fight to the floor where Kross throws coffee in Impact’s face, leaving Moose to kick the champ in the jaw. That’s enough to draw Johnny inside to jump both of them for the no contest at 4:10.

Result: Moose vs. Killer Kross went to a no contest when Johnny Impact interfered (4:10)

Post match Brian Cage comes in for the save.

Impact thanks Cage but says he can’t have a title shot with those tow running around. They should team up to get rid of Moose and Kross but Cage doesn’t trust him. Impact has a contract though and Cage seems interested.

GWN Flashback Moment of the Week: the six man interpromotional match from the Impact vs. Lucha Underground WrestleCon show.

The Rascalz are in their circle when Gama Singh comes in to say they can’t beat the Desi Hit Squad. Drugs are exchanged and they can’t keep up with Gama.

Reno Scumm is coming back.

The Rascalz (Trey Miguel/Dezmond Xavier here) aren’t themselves after the previous segment. Raj rolls Dezmond up for a very fast two and the villains take over in the corner. Xavier gets in a dropkick but Trey is too high to tag. Instead he gets tagged in and starts the kicks with no issues, because the Rascalz are a weird team. Everything breaks down and the Squad’s wheelbarrow DDT combination gets two on Miguel. Not that it matters though as the Rascalz hit a double 619 in the corner, setting up Trey’s top rope Meteora for the pin at 6:13.

Eli Drake says the Book of Eli says don’t raise your hand to him, which is what Eddie Edwards did last week. He’s coming down on Eddie for not listening to him and tonight, he’ll show Eddie the way. Hardcore wrestling makes you a loser and no one can stop him.

Sami Callihan comes in to see the injured Rich Swann. The beatdown last week was out of love because Rich’s big brother is here. Callihan called Swann from Japan when Swann needed him because Swann is the most talented person Sami has ever met. A nurse comes in to say Callihan has to leave because this is family only. Callihan leaves and Swann looks confused.

Drake hides on the floor from the threat of Kenny the kendo stick for a long time (smart) before we’re finally ready to go. An early shoulder has Eddie in the corner though he seems more happy than anything else. Eddie is right back up with a hiptoss and armdrags because he can do the wrestling when he wants, as opposed to when Drake wants. Drake gets sent outside and Eddie crotches him against the post for the funny visual. Instead of covering though, Eddie has a seat on the ramp for a few moments.

Back in and Eddie ducks his head, allowing Drake to hit a running DDT but the middle rope elbow misses. Drake tries a Lionsault of all things but crash lands, allowing Eddie to hit the backpack Stunner for two. A Blue Thunder Bomb gets the same but the Boston Knee Party is countered into the Gravy Train which is countered into a rollup to give Eddie two.

Eddie gets the same off a tiger driver but stops to go after the stick, allowing Drake to bust out a Burning Hammer…for two. The frustrated Drake goes for the stick but gets rolled up with a jackknife cover (a wrestling move) for the pin at 9:58.

Tessa Blanchard isn’t getting a rematch for the Knockouts Title and blames Gail Kim. Impact management can’t protect Gail forever though and Tessa will get to her one way or another.

Gilbertti can’t get inside.

Edwards starts fast with a hip attack against the ropes but misses a charge, allowing Doom to hit a 619. A high crossbody partially hits as Edwards slipped coming off the top…and here’s Tessa to jump Edwards for the DQ at 1:46.

Post match Doom goes after Tessa and gets Batista Bombed for her efforts. The Buzzsaw DDT makes it even worse.

Impact is partnering with the NFL Alumni Association for some charity work.

James Mitchell comes in to see Allie, Su Yung and an Undead Bridesmaid. He’s here to offer a deal: Su’s dark army against his own. If Su wins, she gets Allie free and clear but if Mitchell’s team wins, they (not sure who he’s with, though it’s likely Rosemary) gets Su.

Taya Valkyrie thinks Tessa whining is funny. Tessa can cry like a baby all she wants but Taya isn’t helping her.

The Lucha Bros are defending but get jumped in the aisle to start the fight. LAX gets inside so Ortiz can take Fenix out with a running flip dive. We take a break and come back for the opening bell with Ortiz hitting Fenix in the head with what looked like the insert of a shoe. Pentagon breaks things up and has the big showdown with Santana. A superkick has Santana in trouble until Ortiz comes back in to help him hit his own superkick on Pentagon. An assisted swanton sets up a Lionsault/legdrop combination but here’s Fenix…who charges into a Downward Spiral.

We settle down to Fenix in trouble as the fans aren’t sure who they like more. Fenix kicks them both down and hands it off to Pentagon for a double high crossbody. The Sling Blade drops Santana and a double superkick hits Ortiz. The Pentagon Driver gives Pentagon two on Santana and the Lucha What’s Up makes it even worse. Santana is back in with a rolling cutter on Fenix and the Street Sweeper gets two. Back in and Fenix starts kicking away, including a dive onto Santana. The spike Fear Factor finishes Ortiz at 7:33.

Post match Konnan congratulates the champs and tells LAX to do the same. LAX offers the handshakes but get taunted instead, meaning it’s a beatdown and unmasking to end the show. 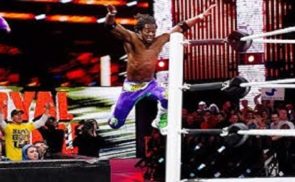 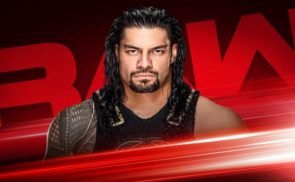