Impact has been going up and down as of late with some of the stories being better than others and some good enough shows. It’s not the best show in the world but at least they have enough stuff going on that I can remember it for a change. That’s more than they’ve had going for them in the past so at least there are some positives around here. Let’s get to it.

Rematch from two weeks ago when Bahh beat him in about a minute. Moose gets smart by stomping on the bare foot and sending Bahh outside, setting up a pump kick against the barricade. You don’t do that to someone like Bahh, who crushes Moose with a running crossbody. A splash on the ramp makes it even worse but Moose goes for the eyes to take over.

Some slow kicks to the face let Moose call Bahh a fat piece of garbage so Bahh shouts his name a lot. The Samoan drop takes Moose down and a rolling belly to belly gets two. Moose crushes him in the corner though and manages a top rope superplex but the spear hits buckle. The Banzai Drop misses though and it’s No Jackhammer Needed to give Moose the pin at 8:52.

Tommy Dreamer comes in to see Tessa Blanchard and gives her a history lesson on….her family. It took others to make her family a success and now Tessa needs help to get through OVE. Dreamer wants to stand with her to improve this business so she’s with him.

Fallout from Kiera and Madison beating up Nicole last week. Kiera jumps Nicole before the bell and it’s already time for some villainous double teaming. A sliding basement clothesline gives Madison two but she stops to GRR at the referee, allowing Alexia to hit a running Meteora. We take a break and come back with Madison chinlocking Alexia.

Some yelling at the referee lets Madison poke Alexia in the eye and it’s Hogan coming in for a basement dropkick. Alexia pops up and gets over for the tag to Grace as everything breaks down. Alexia hits a high crossbody on Hogan but Madison is legal. Said legal Madison hits CrossRayne to finish Nicole at 9:41.

Post match the brawl continues but the lights go out and it’s Rosemary to chase off Rayne and Hogan.

Flashback Moment of the Week: Gail Kim vs. Awesome Kong from Bound For Glory 2015.

Alisha Edwards comes up to Ace Austin in the back. Ace is fearing for his safety from Eddie Edwards but Alisha insists they’re just friends. She’ll worry about Eddie.

Post break, Ace lays down when he sees Alisha coming but here’s Eddie to beat him up when he sees the two of them together.

Taya Valkyrie is in California and has John E. Bravo do various things for her, mainly including taking care of her dog.

Rhyno and Michael Elgin are fighting outside.

The Rascalz, and the fans, want Van Dam to start and they get their wish, with Rob kicking Wentz into the corner for the tag off to Xavier. Mack kicks him as well and a running elbow gets two. Swann comes in for a dropkick of his own as it’s one sided so far. A shot to the face sends Swann into the corner and it’s Miguel coming in to chop away. The slingshot hilo gets two on Swann and the fans want RVD. Instead they get an enziguri to Swann for two more but Swann slips out of a double backbreaker.

A cutter drops Miguel and there’s the hot tag to Van Dam. The split legged moonsault gets two on Wentz and Mack’s standing moonsault into Van Dam’s Rolling Thunder is good for two more. Everything breaks down but the push moonsault is broken up. Wentz and Swann chop it out and the pace picks up with Swann getting the better of it. Van Dam hits the Five Star and Swann drops the Phoenix splash for the pin on Wentz at 13:01.

The North says they’re going to California to defend the Tag Team Titles at Cali Combat next week.

Jake Crist comes in to laugh at the Rascalz, Swann and Mack. Some glares send him running.

The losers are the winners servants, meaning this feud is going to continue beyond tonight. It’s a brawl to start with everyone going out to the floor and the Deaners getting the better of things. Raj gets dropped ribs first onto the top rope and a knee knocks him back off. The Squad is right back up for a double suplex on Jake do Cody comes in for a clothesline.

Back from a break with Raju raking Cody’s eyes, leaving Gama to low bridge Cody to the floor. Cody gets caught in the Squad’s corner with Gama getting in a cheap shot from the outside. Raj rips at Cody’s face but Cody kicks Raju away. That’s not enough for the tag though as Raj pulls Jake off the apron. A sidestep sends Raj outside and now the hot tag can bring in Jake.

Everything breaks down and Cody hits a suicide dive, followed by Jake’s running dive. Back in and Jake hits a Michinoku Driver for two on Raj and things settle back down. Gama’s distraction lets Raju get a rollup for two more as everything breaks down again. An assisted top rope double stomp gets two on Cody but Raju’s Cannonball is caught in the corner. Raju is sent outside and it’s the assisted suplex into the Side Effect (CTD) for the pin on Raj at 14:49.

Sami Callihan wants to know where Jake Crist is but switches over to threatening Tommy and Tessa. She will NEVER beat him and tonight will be exactly like any other night.

The Deaners are ready to make the Squad work on their farm.

At least Tommy doesn’t get the last entrance. They start fast with Tommy and Tessa trying stereo Bionic Elbows but have to settle for kicks to the face instead. Everything breaks down early on and Tommy hits a double clothesline off the apron. Tessa hits a top rope dive of her own (landing on her feet) and we take a break.

Back with Dreamer handing Tessa a beer from the crowd so she can spit it in Sami’s face. Dreamer does it to Dave and we settle down to Sami begging off from Tessa inside. Everything breaks down again in record time with all four heading back outside.

Dave catapults Dreamer throat first into the barricade and takes it back inside to crank on both of Dreamer’s arms. Dreamer is right back up, only to have Sami take him into the corner. Dreamer fights back but Tessa gets pulled off the apron. Double Bionic elbows and the diving tag bring in Tessa (with a scary look on her face as she cleans house).

A running Codebreaker out of the corner gets two on Dave as everything breaks down and the ref gets bumped. Double DDTs lay out OVE with a second referee running in for two. Dreamer loads up a piledriver with THUMBS UP THUMBS DOWN but stereo low blows put….well just Dreamer down as Tessa glares at Dave for not thinking it through. Magnum with a kendo stick finishes Dave at 13:49. 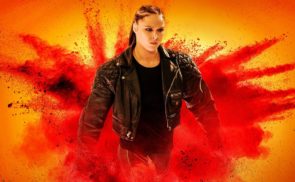 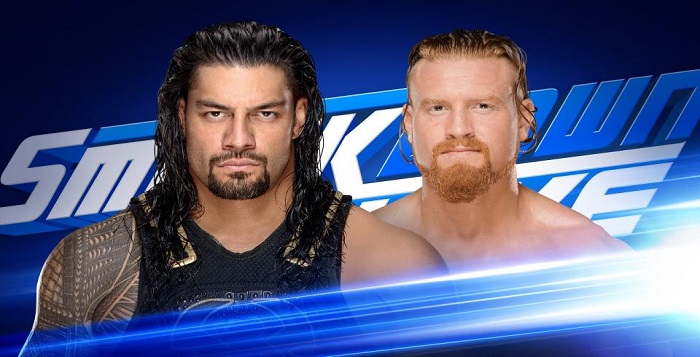