Impact Wrestling Ratings And Audience – May 3, 2018

There’s always something. Impact Wrestling has had a long history of up and down results in the areas of viewership and television ratings. Most of their recent efforts have been better than the last few months though and that’s a positive sign. With the new regime now in full power, it’s nice to see things starting to get a little big better. However, the NBA Playoffs have been wrecking havoc on the numbers, which may be the case again this week.

Miss this week’s show? Here are some quick highlights.

According to 411mania.com, this week’s episode of Impact Wrestling drew a .07 rating in the 18-49 demographic and 299,000 viewers. These numbers are even with last week’s .07 demographic rating and down 3% from last week’s 308,000 viewers. This week’s show was headlined by a match between Rosemary and Su Yung, which never got started. Instead the show ended with Yung and her army of demonic bridesmaids putting Rosemary in a casket while Rosemary’s friend Allie was forced to watch.

Opinion: All in all, that’s not too bad. At the end of the day though, the fans are going to watch the mainstream sports a lot more than they watch the wrestling shows, which has been a problem for both Impact Wrestling and WWE for years. There’s no way around it and that’s the case with this year’s NBA Playoffs as well. At least the numbers didn’t go down very far though and that’s a positive sign as things move forward. Maybe they can even go up even higher.

What did you think of this week’s episode? Do you like where things are going? Let us know in the comments below. 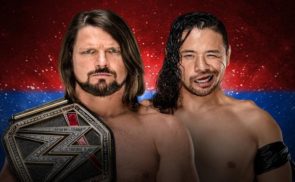 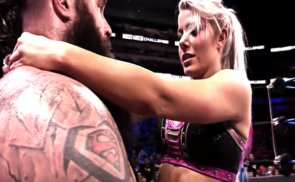