It’s full on war now as the Global Force roster attacked several TNA wrestlers last week with Karen Jarrett revealing that she was behind the attacks on Drew Galloway and Bully Ray in recent weeks. In addition to the invasion, it’s almost time for Bound For Glory, which really hasn’t been set up yet. Let’s get to it.

The Hardys and Ethan Carter III arrived earlier. Carter defends against Matt Hardy tonight and if he retains, Jeff Hardy is Carter’s personal assistant. We recap Karen Jarrett being revealed as the evil mastermind last week.

The Jarretts lead the GFW roster to the ring. Jeff talks about returning on June 24 and being inducted into the Hall of Fame. He brags about all the success the GFW/TNA show had but Karen cuts him off to explain that she did everything for all the hard work her husband has put in for GFW. Yes she set these wheels in motion and had Chris Adonis take out Bully Ray. Jeff is building a new empire and no one in the back can compete with these boys. Adonis issues an open challenge to anyone in the back so here’s Lashley.

Lashley throws him down to start and then drops Chris with a clothesline. The Mordetzky Lock (full nelson) is quickly countered into a full nelson slam but Mordetzky nails a Polish Hammer (double ax handle to the chest) to take over. We hit the chinlock before they head outside with Lashley being sent into the steps. Back in and a butterfly suplex seems to annoy Lashley more than hurt him. A double clothesline puts both guys down and it’s Lashley up first with a German suplex. The spear is countered into a spinebuster but Lashley easily blocks the full nelson. Now the spear connects but here’s GFW for the DQ at 8:57.

Result: Lashley b. Chris Mordetzky via DQ when the GFW roster interfered (8:57)

Lashley gets destroyed so here are the Wolves for a failed save. Jeff says bring out the surprise so here she is with the Tag Team Title Feast or Fired briefcase, as given to her by Magnus.

Wait a minute because Earl Hebner won’t do it, earning him a right hand from Jeff. Another referee is forced to ringside and the match is on. Trevor dropkicks Edwards down for two as this is actually a regular match for a change. Myers comes in for a slam of his own but the Wolves come back with stereo submission holds, only to break them up to go after Sonjay Dutt. Myers brings in a pipe but the distraction lets Lee blast Davey with the briefcase for the pin and the titles at 2:35.

Result: Brian Myers/Trevor Lee b. Wolves – Lee pinned Richards after hitting him with a briefcase (2:35)

Bobby Roode only cares about winning the King of the Mountain Title tonight.

King of the Mountain Title: PJ Black vs. Bobby Roode

Black is defending and Roode stops to brag about being a TNA original. This is TNA’s house and Roode is bringing the title home. It’s a brawl on the floor to start as Matthews mistakenly says Black won the title last week. They get inside for some chops but Black blocks a suplex and sends Roode outside for a suicide dive. A springboard clothesline drops Roode and we take a break. Back with Roode winning a slugout and getting two off a spinebuster.

The Roode Bomb is broken up and Gabriel gets two off a reverse DDT. Black’s top rope Lionsault hits knees though and Roode slaps on the Crossface, only to have Dutt come out for a distraction. It doesn’t work this time though as Roode puts the Crossface back on. Drew Galloway takes Dutt out and Black….is free because Roode let him go. Black’s springboard is countered into the Roode Bomb for the pin and the title at 13:15.

Post match GFW chases Roode off and Jeff rants about everything going on here. Cue Dixie to talk about how she’s admitted her mistakes but Jeff has never once admitted any mistakes. They go back and forth over who betrayed who the most with Jeff saying Dixie has had failed regime after failed regime to try to replace him. Jeff brings up his ownership stake and Dixie proposes a winner take all match. Jeff agrees and Drew Galloway comes out to be on Dixie’s team. Drew wants to stand up for TNA and the Wolves and Lashley come out to join him in Team TNA.

Dinero and Matthews talk about what just happened.

Here’s the returning Kenny King with a mic in hand. He’s been going through an identity crisis in the last year but now he’s just here on his own. Kenny doesn’t want to be the kind of guy who jumps someone from behind and uses a numbers advantage to beat someone down. He issues an open challenge to anyone from any roster to come fight him right now.

Bram goes right after King to start but Kenny takes him down with a nice dive. He tries it once too often though and eats a clothesline to give Bram control. King comes back with a running elbow in the corner, followed by an enziguri to put Bram in the corner. Bram ducks another dive though and the Brighter Side of Suffering gives Bram the pin at 3:37.

The Hardys say Matt will win the title.

Here’s Velvet Sky with something to say. She’s been keeping to herself since she got back for a reason. The Knockouts division has been evolving constantly and so has she. The Dollhouse is out of control and Taryn is going to pay. Velvet tells Taryn to come out here but she comes up on screen to say how sick she is of being compared to Velvet as the hot blonde in TNA.

Taryn has been in movies and on TV but Velvet looks like a Hot Topic reject. This is Taryn’s house and now she has to play with Taryn’s dolls. Cue the Dollhouse, who quickly beats Tarn down. Angelina Love and Madison Rayne come out and yes, the Beautiful People are back.

Ethan is defending and if Matt loses, Jeff Hardy is Ethan’s personal assistant. Josh: “EC3 and Matt Hardy have been rivals for quite some time.” Feeling out process to start until Matt hits a running Diamond Cutter (called a neckbreaker) for two. A big clothesline puts the champion on the floor and it’s off to a break.  Back with Carter missing a middle rope elbow but putting on a sleeper.

Matt fights up and nails some clotheslines, followed by the Side Effect. The referee gets bumped off the Twist of Fate attempt though and there’s no one to count. A belt shot to Matt’s head gets two.  Jeff gets in a cheap shot on Carter to give Matt two but they ram heads and Carter falls on top for two. Tyrus grabs Matt’s leg and gets chaired by Jeff, only to have Ethan hit a TKO on Matt for two more. The referee gets distracted again and a low blow and sunset flip retain Carter’s title at 13:17.

Jeff now has to work for Carter and is forced to raise the champ’s hand to end the show. 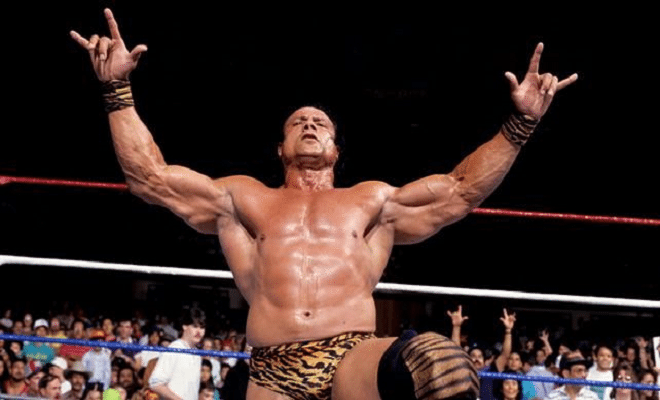 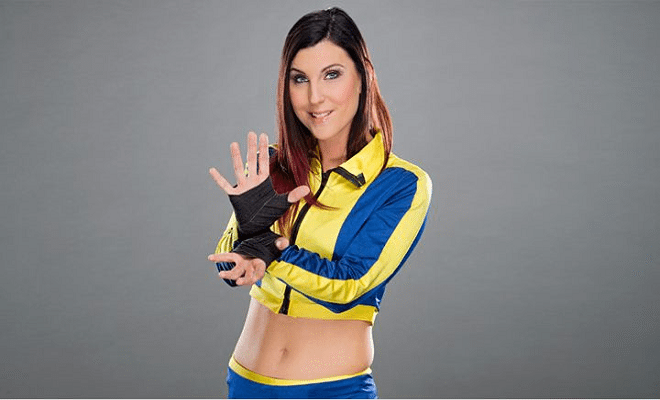 Report: Leva “Blue Pants” Bates Has a Ton of Heat