This is the No Surrender special, which doesn’t really need to exist as we’re only a few weeks away from Bound For Glory. The card is fairly stacked though as we have a ladder match to continue the Tag Team Title series and Bobbly Lashley defending against Bobby Roode. Maybe we’ll even start building up the biggest show of the year. Let’s get to it.

We open with a recap of the tag team series. The Hardys and Team 3D have won a match each and the first team to two wins are the Tag Team Champions.

The winner gets a title shot at some point in the future. Havok destroys everyone in sight to start so the rest of the girls try to gang up on her. That goes as well as you would expect it to and Havok puts on Madison and Taryn in succession. The Beautiful People work together against Brittany and Rebel but Havok puts Brittany out. Rebel low bridges Angelina to the floor, leaving Rebel, Havok and Velvet. Rebel goes to the middle rope but gets shoved out onto the steps for the elimination. Velvet tries some kicks and a sleeper but Havok snapmares her over and slams Sky to the floor for the win at 6:00.

Gunner tells Samuel Shaw that his foot is fine and suggests that Shaw ask Brittany out. Shaw says he can’t because he’s fixated on someone else. It’s going to be Gunner isn’t it?

MVP nails Melendez after the bell and we take a break ten seconds in. Back with King still in control and kicking Melendez in the back of the head. Some right hands get King two and it’s off to a chinlock. A legdrop gets another two for Kenny and he picks Chris up, only to be countered into a sunset flip for the pin at 6:58.

King beats Chris down post match until Mr. Anderson makes the save.

Video on Roode vs. Lashley.

Anderson checks on Melendez, who says he isn’t hurt or injured.

Joe is defending. Feeling out process to start with Joe taking Homicide into the corner and firing off some kicks. A chop to the back and the knee drop gets two but Homicide gets in a few shots of his own to take over. He stats working on Joe’s neck until Joe catches him in a release overhead belly to belly suplex into the corner. A snap powerslam gets two for Joe but Homicide goes back to the neck. He loads up the Gringo Killa but Joe gets underneath him for the Koquina Clutch for the submission at 5:45.

Post match James Storm and the Great Sanada come out to beat up both guys. A low superkick lays out Homicide and Manik comes out in completely new attire to nail Homicide with a frog splash.

The Wolves talk about how this series is about their legacy and how they’re climbing ladders to prove themselves.

Eric Young and Bobby Roode reminisce about how insane this year has been.

Wolves vs. Hardys vs. Team 3D

This is a ladder match and only the Wolves can’t win the series here. The Wolves charge the ring to start the brawl and an ECW chant already starts up. The champions send the Hardys and Team 3D to the floor for back to back suicide dives. We get the first ladder brought in but Richards has to stop to kick Ray in the head. Ray and Matt both get hit by the ladder with Ray being driven back into the corner.

Jeff kicks the ladder into the Wolves and hits a Whisper in the Wind to put both champions down. We get the required helicopter spot with the ladder on Ray’s head before he just drops the ladder on Richards’ back. What’s Up crushes Davey even more but Matt breaks up an attempt to get the tables. Edwards stops Matt from pulling down the belts but D-Von pushes the ladder over to send both guys into the ropes.

We take a break and come back with Ray powerbombing Jeff onto a pile of ladders, knocking another ladder into Eddie and Matt’s faces. Ray sets up a ladder but the Wolves powerbomb him down for a save. The Wolves, D-Von and Matt all climb up until Davey and D-Von knock each other off and Matt hits a Twist of Fate on Eddie. Jeff loads up a ladder in the corner and tries to jump over it but Ray gets up and superplexes him down with Jeff’s feet hitting the titles on the way down.

Davey hammers away on D-Von in the corner until Ray slaps him HARD across the back to set up a Doomsday Device. Now the Hardys start cleaning house with the ladder and hit double Twists of Fate to Team 3D. Matt moonsaults Ray and Jeff Swantons D-Von in a cool spot. Poetry in Motion crushes Eddie against a ladder as the Hardys are in total control. They lay Davey onto a ladder and Matt holds it up for a splash from Jeff.

Team 3D comes back with tables but the Wolves bring in chairs (fans: “TLC!”). Davey double stomps Matt through a table at ringside, leaving Eddie to climb for the belts. Jeff is right there with him but Davey shoves the ladder over, sending Jeff ribs first onto a ladder. Eddie pulls down the belts to tie the series up at 18:10.

They lock up to start and the fight quickly heads to the floor. Gunner hammers away and gets two off a headbutt back inside. An exploder suplex gets the same but Bram gets in some shots to the knee to take over. Samuel Shaw comes out to offer support as Bram cannonballs down onto Gunner’s leg. Gunner comes back with a clothesline and some headbutts, but his knee gives out on a powerbomb attempt. Shaw comes in and accidentally hits Gunner again, giving Bram the pin at 4:08.

Gail Kim is ready for Havok.

Lashley is defending and I’ll only refer to Roode as Bobby. The champion shoves him down to start and leapfrogs over Roode with ease. Roode clotheslines him out to the floor to get himself a breather but MVP trips Bobby up to change control again. Things backfire though as the referee ejects MVP as we take a break.

Back with Roode not being able to get a fisherman’s suplex due to his back. He holds his back and screams, prompting Tenay to say “I’m sensing his back is hurt!” Lashley throws him across the ring but gets caught in the Crossface until King makes the save. Eric Young comes out to deal with King and the Crossface goes on again. Lashley powers out with relative ease and there’s the spear for a very close two. The shock on Lashley’s face at the kickout is good stuff.

A quick Roode Bomb gets two and both guys are spent. They slug it out until Roode grabs a spinebuster for two. The powerslam gets two for Lashley and he has nothing left. Roode gets back up and Roode Bombs Lashley over the top and out to the floor for a big crash. Back in and Lahley slams Roode off the top but Roode jumps over the spear. He injures his leg though and can’t Roode Bomb the champ, setting up the second spear to retain Lashley’s title at 17:07.

A quick video for next week announces MVP vs. Robbie E vs. Magnus vs. Abyss vs. Austin Aries for a future World Title shot, though no date is given. Only MVP and Aries come off as good challengers there and MVP vs. Lashley would be one of the weakest main events I could think of.

This concludes our live coverage of Impact Wrestling. Make sure to join us tomorrow at 4pm EST for NXT. 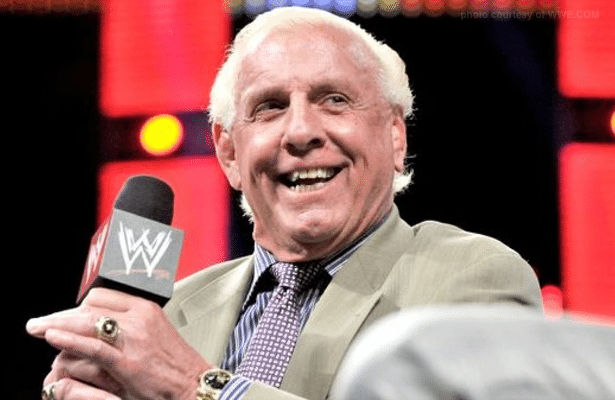