It’s the final night of the UK tour and also the last night of Kurt Angle’s TNA run. Expect to see a lot about Angle tonight as we wrap up his nearly ten year run with the company with a match against Lashley. Other than that it’s hard to say what else we’ll see here other than perhaps Ethan Carter III going after the World Title again. Let’s get to it.

Dixie Carter is in the ring to open things up with the roster and several backstage workers around the ring. She introduces Kurt for his big goodbye and gives him a nice speech without trying to cry. Drew Galloway says he came to TNA for several reasons, including to wrestle the best competition in the world.

Wrestling Kurt is a master class in wrestling and this is a roster that wanted to be professional wrestlers instead of football players or whatever (always get in those shots at WWE guys). Kurt says this retirement has made him better and he’s the luckiest man on this planet. This brings out Lashley to say that while he respects Kurt, it’s going to be a rough last night for him. Lashley thanks Angle for getting him into this business but realizes that Kurt just isn’t ready for tonight.

King of the Mountain Title: Eric Young vs. Bram vs. Big Damo vs. Will Ospreay vs. Jimmy Havoc

King of the Mountain match with Young defending. This is the reverse ladder match where you have to hang the title above the ring. In order to do that though, you have to become eligible by getting a fall on someone, which also sends that someone to a penalty box for one minute. Josh explains the WAY too complicated rules and finally gets around to actually listing off the challengers. Ospreay pins Havoc with a crucifix and goes up the ladder with Young making a save. Havoc gets out and goes on top of the box for a dive to take out Damo and Bram.

Eric piledrives Havoc onto the steps and gets the easy pin to become eligible as well, sending Havoc back to the box in the process. Bram gets a pin on Damo with the Brighter Side of Suffering a few seconds later, giving us a showdown between Young and Bram over who goes up the ladder. Both guys shove each other off the ladder until Ospreay dropkicks Eric off the ladder as well. Young dives off the top with a neckbreaker to put Will down and hang the title to retain at 6:44.

Maria talks to Dixie Carter about Mike Bennett and Dixie agrees to give him a chance. Dixie isn’t as wild on Maria being an asset to the Knockouts without seeing some actions.

Back from a break with Maria and Bennett in the ring with Mike saying this company needs him now more than ever. Angle, who ducked him, is leaving so let’s just name him #1 contender already. Instead it’s Drew Galloway with the Feast or Fired case to say that Bennett needs to actually win something. Bennett is ready to fight and says get Dixie but Drew punches him in the face to start a brawl. Mike is chased off by the threat of a Claymore Kick.

Another Kurt moment saw him winning the World Title at Slammiversary 2007.

The Wolves and Angle suck up to each other. Kurt passes the ankle lock on to Richards.

Kim is defending after Jade attacked her last week. Gail jumps her to start and fires off forearms in the corner but Jade grabs her with something like an AA. That’s it for her offense at the moment as Gail takes her down and puts on a Figure Four around the post. Back in and Jade grabs an Indian Deathlock with a chinlock, followed by a Fujiwara armbar. Gail avoids a missile dropkick and clotheslines her down for two. Eat Defeat is countered into a German suplex for another near fall. Jade tries a high cross body but Gail rolls through for the pin to retain at 6:35.

Video on Ethan Carter III vs. Rockstar Spud from last week. Carter gets a shot at Hardy next week on the live show.

Matt is livid about having to defend against Ethan again and claims a conspiracy. It doesn’t matter though as he knows he can beat Ethan again.

The Wolves are defending in this dream match. Eddie takes over on Bobby to start and it’s quickly off to Storm who gets taken down for some elbows to the back. Apparently there was no tag in there so Roode stays in, allowing the Wolves to kick both challengers to the floor for a double suicide dive.

Things settle down to Storm working on a waistlock on Eddie, followed by Roode slapping on a chinlock. Eddie can’t get over for a tag so he settles for two off a sunset flip instead. A double hurricanrana drops both challengers and the hot tag brings in Davey as we take a break. Back with Davey putting Eddie in a leg lock and taking Davey down into an ankle lock at the same time.

Beer Money gets to the ropes and everything breaks down, leaving Storm to enziguri Eddie on the top. A hurricanrana drops Eddie to set up a top rope splash from Roode for two with Davey making the save. There’s the double suplex to Eddie but he breaks up DWI. Davey goes up top but dives into Closing Time, only to land badly and tear his ACL, putting him on the shelf for six to nine months. Last Call into a spinebuster gets two on Eddie before DWI gives Beer Money the titles back at 16:14.

We also see Mike Bennett getting in Angle’s face and Kurt calling him a punk.

A headlock doesn’t last long so Angle throws him down with some German suplexes. There’s an overhead belly to belly to send Lashley flying again but he drops Angle face first onto the turnbuckle to take over. Lashley chokes away on the ropes but Kurt comes right back with right hands and rolling German suplexes. That’s fine with Lashley as he throws Kurt around even more. A bad looking Angle Slam gets two for Kurt and he hits three more German suplexes to set up an ankle lock.

Lashley reverses into a cross armbreaker but Kurt reverses into an ankle lock. That’s reversed as well and Lashley gets two off a spinebuster and spear. Another spear gets another two but Kurt avoids a third and grabs the ankle lock with a grapevine. Lashley hangs on for a long time and escapes before sidestepping a charge, setting up the third spear for the pin at 10:58.

Post match Lashley holds up Kurt’s arm before punching him in the face. Drew Galloway and Eddie Edwards come out for saves but get speared down as well. Ethan Carter III comes out for the staredown but Lashley bails before anything happens to end the show. 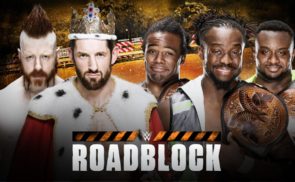 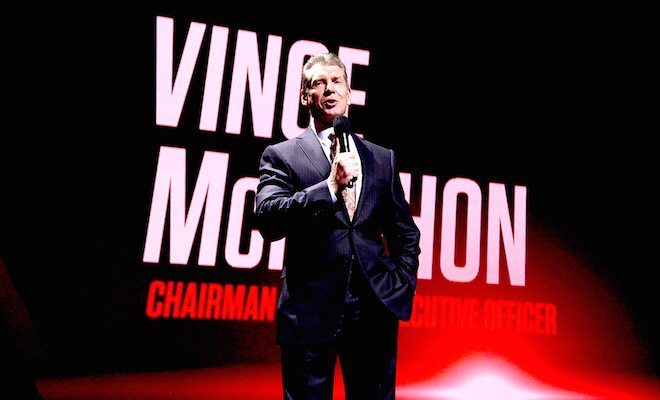 What Does Vince McMahon Think About Shane Being Back in WWE?