We’re past Slammiversary now which means we have four and a half months before we get to Bound For Glory. The main story from Slammiversary is Ray retained the title with help from Aces and 8’s while Sting received no help at all. Tonight we’re likely to kick off the Bound for Glory Series which is a four month long competition to determine the #1 contender for the world title at the biggest show of the year. Let’s get to it.

We open with a recap of the end of Slammiversary’s main event with Ray hitting Sting in the head with a hammer to retain.

Here’s the world champion to open things up. Ray gets in Tenay’s face to talk trash about Sting with Tenay whining back at him about all the cheating. Ray talks about the fans being happy to see him because he’s from New York City and he’s the guy who beat Sting at Slammiversary. Sting hasn’t had good luck at Slammiversary as he was jumped last year at the show after the PPV. Then on Sunday, Ray beat Sting single handedly, which means Sting might retire.

Ray talks about beating all of TNA’s heroes and leaving no one left standing, meaning he should be in the Hall of Fame. Instead of getting Dixie like he wanted, Ray gets Hogan instead. Hulk talks about Ray beating Sting with the help of the Aces, but now he heard Ray say there’s no competition left. Hogan thinks there’s competition left and we’ll find out who that might be next week on the BFG Series Selection Show.

After a cheap pop (Hogan’s words) for mentioning Atlanta, Hogan announces Ray vs. Jeff Hardy for later tonight. Ray protests so Hogan makes it a ladder match for good measure. There’s going to be a hammer hanging above the ring as well and whoever gets to it first can use it. I guess that means you win by pin?

Video on the BFG Series.

Chavo and Hernandez say they’re friends but it’s every man for himself in the BFG Series.

Hernandez runs him over to start so Chavo tries to go after the arm. Chavo dropkicks him down for two and stays on the arm, only to be slammed down with ease. Hernandez misses a splash so Chavo hooks another armbar, only to have Hernandez easily lift him up. SuperMex throws Chavo down with a suplex followed by the over the shoulder backbreaker to put the smaller guy in trouble. A corner splash misses and Chavo hits a pair of suplexes, only to have the frog splash hit knees. The Border Toss is countered into a sunset flip but Hernandez counters into a rollup for the pin at 4:56.

Here’s D-Von with something to say. He wants Abyss to come out here and give him back the stolen TV Title. Instead D-Von gets Joseph Park who claims that D-Von robbed him on Sunday. Park says he’s going to do what he should have done on Sunday and takes D-Von down to pound away. D-Von comes back with right hands and sends Park into the post. He loads up a chair shot but gets cut off by Abyss’ music. There’s no Abyss so D-Von says he’s coming to find him. Park gets up and sees blood coming from his mouth. Joseph goes into Abyss mode and breathes a lot as we go to a break.

Here’s Robbie E claiming to be the MVP of the last two BFG Series. Last year he beat Jeff Hardy and got five points bro. Robbie doesn’t care who his opponent will be for the qualifying match tonight.

Joe runs him over to start and pounds Robbie down like he’s not even there. Robbie gets in a single shot but misses a cross body, setting up the Muscle Buster and the Koquina Clutch for the tap out at 1:40.

We get the Kurt Angle HOF video from Sunday.

Here’s Rampage Jackson in the arena for his big debut. Jackson talks about being a wrestling fan growing up and saying he needs to beat the best in order to be the best. This brings out Kurt Angle to say that if Rampage wants to be the best, he’ll have to go through Angle. Short and sweet.

Ray and Anderson are in the back and wondering where D’Lo has been. Anderson mentions that the VP spot is now opens but Ray wants to talk about the ladder match tonight. He doesn’t know why he has to climb a ladder to blast Jeff Hardy in the head with a hammer again. Anderson thinks Hogan doesn’t like Jeff but Ray wants to know why the Aces aren’t in the BFG Series. Anderson asks if Ray wants help in the ladder match tonight. Ray says a good VP would know what call to make.

Sabin starts with an armdrag to take King down before sending him into the champions’ corner. Everything breaks down in a hurry with Roode and company bailing to the floor. Sabin dives on all three of them at once to fire up the crowd. Back in and Roode suplexes Sabin down before getting two off a knee drop. Off to Storm for a Beer Money reunion with James cleaning house until Roode clotheslines him down to take over. Aries comes in with a slingshot splash for two.

King hits a slingshot legdrop for two of his own before it’s back to Roode for some double teaming. Storm sends Aries into Roode to get himself a breather and the hot tag off to the hometown boy Gunner. Everything breaks down and Roode hits the spinebuster on Gunner to take him down. Aries loads up the suicide dive but gets kicked in the head by Sabin. All Hail Sabin (the name for that piledriver kind of move Sabin has been using) pins King at 6:39.

D-Von and Knux jump someone in the back, presumably Joseph Park.

Brooke Hogan congratulates Taryn on her win Sunday but won’t talk about her feelings for Bully.

Taeler takes her down with a wristdrag to start but Mickie seems amused. She even applauds Taeler before running her over. Taeler Matrixes away and dropkicks Mickie down for two. Hendrix kicks Mickie in the knee, sending Mickie begging to ODB for mercy. Of course she’s playing possum and kicks Taeler’s head off for the pin at 3:45.

Someone attacks Knux in the back. It’s Abyss of course and D-Von is attacked as well.

We look at the card for next week and Angle vs. Jackson from earlier.

Non-title hammer above the ring ladder match here. Jeff dives on Ray during the champ’s entrance before taking him inside for some right hands in the corner. Back to the floor with Hardy diving off the apron to take the champ out before bringing out the ladder.  We come back from a break with Ray splashing Jeff in the corner and posing a bit. Ray drops the ladder on Hardy before dropping an elbow for good measure.

A big boot stops a Hardy comeback attempt and the champ mocks Hogan. Jeff blocks the Bully Bomb and DDTs Ray down but can’t follow up. Back up and they slug it out with Jeff taking over. An atomic drop sets up the legdrop between the legs and the seated dropkick for good measure. Jeff goes up but jumps down before Ray can shove him off. Ray is sent into the corner where Jeff dropkicks the ladder into the champ’s crotch. Fans: “NO MORE BABIES!”

Ray goes up and retrieves the ladder despite still feeling the effects of the low blow earlier. Jeff avoids the hammer shot and hits a Twisting Stunner to get the hammer for himself. Hardy misses a few swings of his own and Ray runs off to end the show. Jeff falls down on the ramp and is holding his hip or back. The match just ends at around 16:00.

Hardy is helped out by a referee and is holding his hip.

Ray wants his belt in the back but Hulk is sneaking up on him with a hammer. Brooke shouts at him to stop and Ray escapes to end the show.

Remember to follow me on Twitter @kbreviews, check out my website at kbwrestlingreviews.com and pick up my books on the History of the WWE Championship and 1998 Monday Night Raw from our store at: 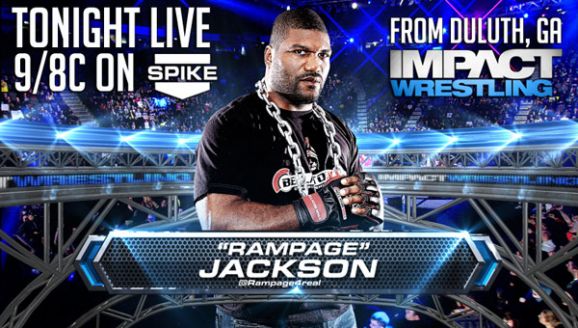