We’re out of Pennsylvania for a change as the annual Maximum Impact tour begins. That means the return of Ethan Carter III as he goes after Matt Hardy and the World Title, along with the continuation of the Kurt Angle farewell tour. The UK shows are always energetic so let’s get to it.

Here are Matt Hardy and company with the champ saying the Matt Hardy brand is far more valuable than the TNA brand. He’s the one who the people should be cheering because he’s taken this company to new heights. Tyrus goes on a rant about how Carter reached the title because of his bodyguard’s efforts. Reby talks about how awesome her husband is because he’s talented, sexy and rich.

That brings us back to Matt who talks about his greatness due to beating Carter, his brother Jeff and Kurt Angle. In that whole time though, there hasn’t been a word from Dixie Carter. Therefore, Matt isn’t leaving this ring until Dixie comes out here to face him. That’s not it though as he wants the cancer known as Ethan Carter fired and that’s what Dixie will do if she wants to keep her mega star happy.

We miss the opening bell because we needed to hear Eric Young bragging about ending Jeff Hardy’s career. They slug it out to start and quickly go outside with Bram getting the better of it, only to have Pope talk about Dumb and Dumber. Back in and Lashley’s leapfrog is telegraphed, allowing Bram to kick him in the ribs for two.

We hit a quick chinlock before Lashley fights up and catches him in a running powerslam. The spear misses though and Lashley goes into the buckle, setting up the Brighter Side of Suffering. That’s not enough for Young though as he gets inside with the King of the Mountain Title, only to hit Bram by mistake. The spear gives Lashley the pin at 5:52.

Bennett grew up watching Angle and beat up his brother with Kurt’s offense. Kurt wants Bennett out of his ring so Bennett says he wants to fight, which earns him a quick dispatch. Angle talks about not wanting to fight anyone that he doesn’t respect, which is why he’s fighting Drew Galloway. This brings out Galloway to point at Angle.

Bobby Roode gives James Storm the Boozer Cruiser back. They might be cashing in the Tag Team Title briefcase tonight.

Lee is defending and has Gregory Shane Helms in his corner. Tigre sends him outside really quickly for a big flip dive, followed by a tornado DDT back inside. The champ takes over for the first time and stomps on Tigre’s bad shoulder. Some knees to the back keep Tigre in trouble but he pulls Lee to the floor and snaps off a hurricanrana off the apron. Back in and Helms trips Tigre, allowing Lee to knee him in the face and grab the fisherman’s buster to retain at 5:17.

Beer Money comes out and says they want to cash in their briefcase but they get the Decay instead of the Wolves. Rosemary talks about her toys (the titles) and speaks in her rhyming style. Roode wants to fight instead of talk so let’s get a referee out here.

It’s a brawl in the aisle to start until Roode drops a knee on Steve’s ribs. Abyss breaks up a Sharpshooter and slowly pounds on Roode, only to have the chokeslam countered into a spinebuster. A double tag brings in Storm to beat on Steve and Roode throws in a Blockbuster. There’s the double suplex for both Decay villains and it’s time to SHOUT THEIR NAMES. DWI plants Steve but Abyss pulls the referee out for the DQ at 5:25.

Result: Beer Money b. Decay via DQ when Abyss pulled the referee out of the ring (5:25)

Post match Decay beats on Beer Money until the Wolves come out to save Roode from Janice. The Wolves say they want their belts back so Abyss challenges them to a Monster’s Ball match next week. The champs agree of course.

Reby and Dixie Carter talk about how proud Matt is.

We’re ready for a Knockouts match but here’s Grado, recently fired, to interrupt. He has proof that he was screwed in Feast or Fired but here’s Eli Drake, flanked by security, to interrupt. Security is an inept as ever and Grado gets away while holding an envelope.

Drew Galloway says tonight is about making himself the present by beating Kurt Angle.

Rayne spears her to the floor to start and dives onto the Dollhouse. Back in and Madison gets a quick rollup for two but Jade kicks her in the face for the same. The heel choking begins but an enziguri breaks up Jade’s double underhook. Madison scores with a running clothesline but Jade knees her in the head. The Package Piledriver puts Madison away at 4:24.

Gail Kim runs in to save Madison from an attack with a chair.

Grado rants to Billy Corgan about how he was screwed. Corgan says he can’t understand a word Grado says and here’s security to drag Grado off.

Rematch from a few weeks back where Kurt won. Drew cranks on an armbar to start but Angle suplexes him down with ease. Off to a chinlock from Kurt as Pope thinks Angle could have been Knockouts Champion if he wanted to. Back up and a double clothesline puts both guys down and we take a break.

We come back with Drew getting out of the ankle lock and getting two off a Future Shock. They head outside with Drew walking into an Angle Slam onto the steps for two, only to have Galloway grab a reverse Alabama Slam for the same. Drew takes him up for a super Celtic Cross for two more but he has to escape the Angle Slam. A pair of Claymores drop Kurt but he avoids a middle rope Claymore, setting up the rolling Germans.

The top rope splash gets two on Galloway, who comes right back with the third Claymore for two. There’s a Crossface (with Drew wrapping Kurt’s arm around his neck instead of between his legs) but as you would expect, Kurt reverses into an ankle lock, only to have Drew kick him in the knee. The crossface goes on again and Kurt taps at 15:16.

Here are Matt and company to demand Ethan’s firing. Dixie comes out but Matt cuts her off and says they’re having this discussion here. If anyone knows how to make this a success, it’s Matt Hardy, because he’s the superstar and the World Champion. The one thing he wants is Ethan Carter III gone because Ethan is the source of every problem around here. Then Matt won the title at Bound For Glory and caused the World Title Series to start up.

This brings out Rockstar Spud who is immediately the victim of short jokes. Matt still wants someone fired but Spud cuts him off to demand that Matt not disrespect Dixie like that. Hardy just wants Ethan fired but Spud won’t insult Ethan to Dixie. As bad as Ethan is, he backs up what he says. Spud thinks Matt is scared so Tyrus lays him out as Matt looks on. Matt screams at Dixie to fire Ethan but here he is for his big return. House is quickly cleaned and Matt bails as you would expect. 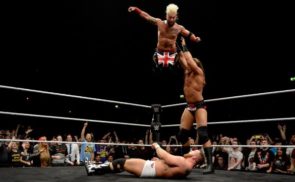 Update on When Enzo Amore, Big Cass, and Carmella Will Debut On Main Roster 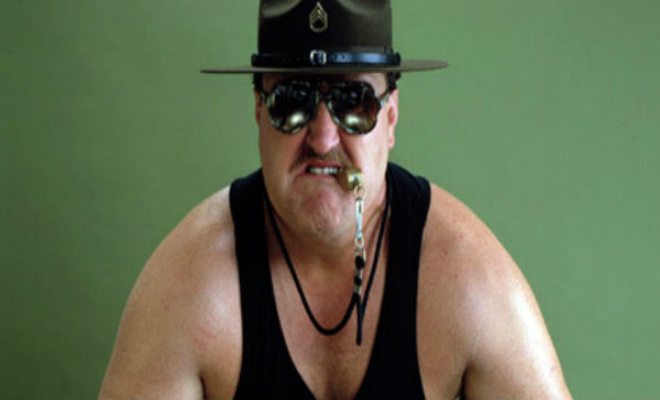 Sgt. Slaughter: “I’d Like To See The Undertaker Be Inducted This Year”