And it’s better than today’s product.

I found this online and had always wanted to do it so here you go. This is the debut episode of Impact, still coming from Orlando and on Fox Sports Net at I believe 3pm EST on Friday afternoons. TNA still hadn’t even had a three hour PPV yet and I doubt Victory Road had even been announced yet, meaning we’re still in the days of the weekly two hour PPVs. Jeff Jarrett is currently champion, having won the title just two days earlier. Let’s get to it.

They still have the six sided ring here.

Team Canada is Petey Williams, Eric Young and Bobby Roode. Another very different idea from this point is the time limit on screen. Non-title matches only have ten minute time limits and title matches get thirty minutes. If the match goes to a time limit draw, a judge will decide the winner. The Canadians all bail to the floor to start and there’s the triple dive. We start in the ring with Eric Young (with BIG bushy hair) getting beaten up by Amazing Red until the Canadians take Eric out.

Roode pounds away on Red as the power member of the Canadians, getting two off an elbow. There’s also an ESPN style bottom line, running down results of recent TNA PPVs. Petey gets two off a middle rope bulldog and Coach Scott D’Amore gets in a cheap shot of his own. Back to Roode for a nice suplex before knocking Dutt and Garza out to the floor.

Red comes back with a simultaneous headscissors to Roode and DDT to Young, allowing for the hot tag to Garza. Roode takes him down with a tilt-a-whirl powerbomb as everything breaks down. Red gets two on Roode off a springboard hurricanrana but Petey snaps off the Canadian Destroyer to take Red out. Roode’s Razor’s Edge is countered into a hurricanrana by Dutt, setting up a corkscrew moonsault from Dutt for the pin.

Rating: C. This was fine for an opener with most of the guys busting out all of their dives. It’s the standard formula of throwing some fast paced guys out there to open up a show and it still works as well as anything else. It’s always fun to see how big starts like Roode got their starts as he looked good here.

We recap Jarrett winning the title in the first King of the Mountain match.

Tenay and West talk about how awesome TNA is and introduce a highlight package from their first two years. This includes Toby Keith in TNA…and that’s it. Apparently more highlights are coming next week.

We run down the card for Wednesday’s show.

Sharky goes after Abyss and bites his way out of a chokeslam. A high cross body is caught in an easy slam before the Black Hole Slam ends this quick. Total squash for Abyss.

AMW is challenging. The idea is Kash and Dallas have been ducking the only team they know can take the titles but tonight they’re out of places to run. The winners here have to defend against the winners of a fan poll next Wednesday night. Kash and Storm get us going with the Cowboy taking him down by the arm. Off to Harris for a clothesline and bulldog for two but Dallas makes the save.

Back to Storm who gets caught in a hot shot, allowing for the tag off to the big man Dallas. We take a break and come back with Storm superkicking Kash down, only to have Dallas make the save at two. Kash goes to the corner and climbs onto Kash’s shoulders but misses the moonsault, allowing for the hot tag off to Harris. A cross body and clothesline get two each on Dallas as everything breaks down. Dallas loads up Storm in a reverse Razor’s Edge before flipping him down onto his back for a frog splash from Kid but Harris spears Kash down. Dallas kicks Harris in the face but Storm rolls him up for the pin and the titles.

Rating: C+. Basic tag formula here with a title change to give the show some historical significance. AMW continues to be the best team ever in TNA as they have that chemistry that you only see in great teams. Kash and Dallas were just placeholder champions until AMW stopped their singles stuff over the last month or so.

Video on the World X Cup.

Here’s Dusty Rhodes who is acting as the judge in case matches go to the time limit. Dusty talks about tradition and drops names like Thesz, the Funks, the Briscos, AJ Styles and Ron Killings. Not quite the same level but nice idea. Now on to Jeff Jarrett, who slapped tradition in the face when he won the title back earlier this week. Cue Jarrett (West: “The thirty time NWA Champion!”) who says he used to look up to Dusty but that was twenty years ago when Dusty was in the twilight of his career.

If Dusty needs the $200, there are better ways to get it than standing here in Jarrett’s ring. Jeff speaks in cowboy terms, talking about how Dusty is John Wayne and Jeff will give him five paces to get out of Dodge. Dusty slaps him with the cowboy hat and beats on the champion, only to have Jeff come back and load up the guitar until Ron Killings makes the save. Jeff cracks the guitar over Killings’ head but BG James and Konnan make the real save with James swearing vengeance.

Video on the X-Division.

There’s a fourway match for a shot at Kazarian’s X Title. Vince Russo, director of authority, won’t say who the fourth man is.

Styles is a mystery man, revealed about twenty seconds after Russo wouldn’t reveal him. This is his first of about 85 returns to the X-Division. It’s a wild brawl to start as thankfully we don’t have tags in this. Shane and Styles are the only ones left in the ring and AJ does that sweet drop down into a dropkick spot, only to be taken down by a springboard missile dropkick from Sabin.

Skipper kicks Sabin down for two but Shane is back up with forearms. A wheelbarrow suplex puts Skipper down again as the fans are all over Shane. AJ pulls Michael out to the floor but gets suplexed down for his troubles. Skipper slams Sabin for two but gets caught in an Edgecution for two for Sabin. Chris escapes a rollup from AJ and gets two of his own off a springboard tornado DDT.

Shane is back in with a belly to belly on Sabin but gets crotched by AJ, allowing Elix to walk the ropes into a hurricanrana to send Michael to the floor. AJ sends Sabin to the floor and hits a big flip dive to take Skipper down as well. Shane loads up a superkick to Sabin, only to have AJ springboard in with a sunset flip, only to roll through into the Styles Clash for the pin and the title shot.

Rating: C+. Nice insane X-Division match to show off what the X-Division was all about. Styles winning was pretty obvious but that doesn’t make it a bad thing. He’s one of those guys you have to showcase on the first TV show and they did a great job at it here. It’s also still weird to see Sabin as just another guy.

Kazarian comes out for the staredown to end the show.

Overall Rating: B-. This was a solid show actually. They covered a wide variety of stories and parts of the company as well as building up for future shows. That’s a really good job for a debut show, but the fact that they had two years of material already helped them out a lot. Good stuff here though and much better than I was expecting.

Remember to follow me on Twitter @kbreviews and pick up my new book of on the History of Survivor Series at Amazon for just $3.99 at: 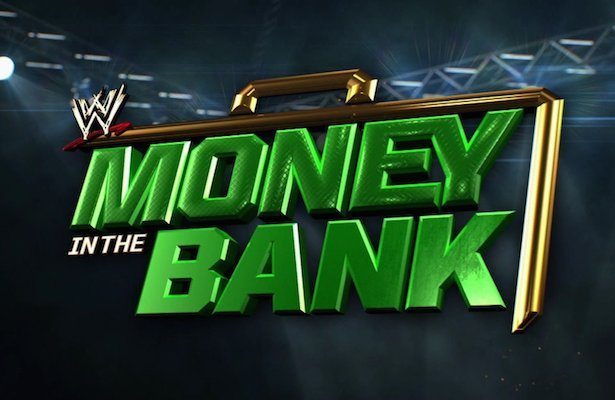