Sure why not. If there is one thing that WWE wants to do, it is become more and more ingrained in the mainstream world. That can be rather difficult at times as some celebrities are not exactly thrilled with work with the company. Sometimes WWE has to go out of their way to get some attention and now one of the company’s bosses has set his sights on the richest person in the world.

It is the middle of WrestleMania season and that means it is time for WWE to start taking things a lot more seriously than usual. That makes for some of the bigger and more important stories of the year, mainly because it is WrestleMania time. There is something about the show being so big and important, as it often takes place from a major stadium. But what about….another planet?

WWE COO Triple H recently appeared on the Good Time Show and cut a promo on SpaceX founder Elon Musk, whose company has been trying to send a rocket to Mars. Triple H said that while Musk is the richest person in the world and a rocket scientist, who has he ever beaten? The ultimate goal was to take one of Musk’s rockets and have the two of them square off in the biggest event in history: WrestleMania Mars.

I think we can add it to the list. Check out some of Triple H’s greatest moments:

Opinion: I’m in. I’ve been to four WrestleManias in person and I’ve wanted to take in Mars so why not? It’s a great idea, though you know that Takeover: Mars would outshine the whole thing. This is one of those things that had the hosts cracking up, as they should. It’s nice to see Triple H being able to have a good time with something like this because the punchline at the end is always cool. 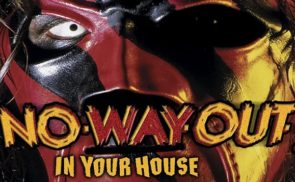 REVIEW: In Your House #20: No Way Out Of Texas: Austin’s World