Historic Announcement Made For WrestleMania 37

History has been made (again)! There are certain moments in wrestling where you know that you are seeing something special. Those moments are the kind that you are going to go back to over time and see just how important they really are. You know them when you see them, but seeing where they lead can make them even bigger. That seems to be the case again.

Back in 2018, Ronda Rousey vs. Charlotte vs. Becky Lynch headlined WrestleMania 35 in one of the biggest surprises in WWE history. Until then, the idea of a women’s match headlining WrestleMania was little more than an impossible dream, as there was almost no way to fathom that it could happen. That was the case until it did, and now it is going to be happening again.

Belair and Banks were both interviewed by the Undefeated about the match. Here are some highlights:

Banks on how the match was set up:

“The finger that was pointing to the WrestleMania sign was shaking. The hand that held the microphone was shaking. And I was [thinking], ‘Oh, God, I hope the TV is not picking up my hands shaking.’ ”

Banks on her inspirations early in her career:

Belair on how the match has been set up:

“I think about our match, you have two alpha females, two alpha Black females that are in the ring, the representation. Without us even touching or talking or opening our mouths, that’s already a moment right there. That’s history.”

And Belair on how important the match is:

“We’re representation for all the Black women that came before us and laid a foundation and all the groundwork before us. It’s us physically in the ring, but they are in this match right along with us. So I just want them to know that we’re paying tribute to them, we’re honoring them, we’re representing for them. I want people to know that when they see us, I want them to see them as well. Because without them, this wouldn’t be happening.” 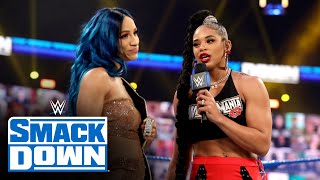 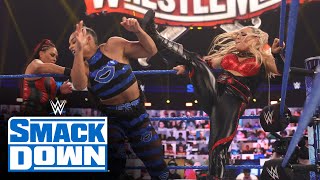 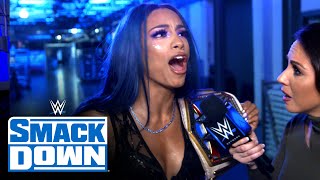 Opinion: This is the kind of thing that feels important because it is important. A Women’s Title match, without a big star from outside the wrestling world, is headlining WrestleMania. That is something that is almost impossible to fathom and yet here we are. Banks is a huge star in the division and deserves such a chance. At the same time, Belair is going to get a huge rub out of this and will be launched to the next level no matter how the match goes. That’s a pretty good result all things considered. 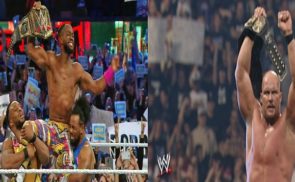 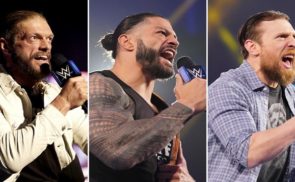