With a special guest star. Celebrities have a long history in wrestling and that will always be the case. It makes sense to bring in someone from outside of the wrestling bubble and see what happens when you bring them inside. Athletes are among the most common as it gives them a bit of a natural leg up. That was the case again this week on SmackDown in a fun way.

This week’s SmackDown, which aired from New York City’s Madison Square Garden, featured a ten man tag team match. Sami Zayn appeared in a New York Knicks jersey and brought out a special guest, who knew how to win in the building. That would be Atlanta Hawks player Trae Young, who helped lead his team over the Knicks in the NBA Playoffs. Young got physical in the match by choking Rey Mysterio but was soon ejected. Zayn’s team ultimately lost the match when Zayn was pinned after Big E.’s Big Ending.

It was a cool moment. Check out the appearance plus some other outside athletes in WWE’s world: 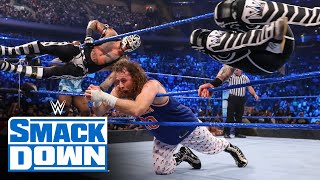 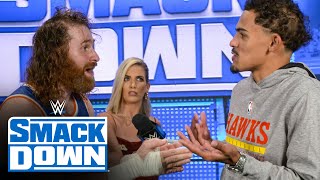 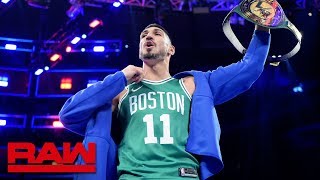 Opinion: This is one of those things that will work every time in wrestling as having an outsider come in can make some people angry. That was certainly true on SmackDown as Zayn had the fans angry at him in the first place and then Young made it even better. It isn’t something that would work elsewhere, so well done on setting something up for the venue itself.

What did you think of the appearance? Who is your favorite athlete cameo in wrestling? Let us know in the comments below.

VIDEO: Roman Reigns Has Two New Challengers (And He Might Be In Trouble)