What’s on your list? There are a lot of people on every WWE roster and that can be a good or bad thing. With so much talent, you can see a lot of outstanding matches and angles based on the wrestlers alone. At the same time though, it can make for some frustrating moments when a wrestler you like doesn’t get the biggest chance. WWE has its own mindset on these things and now we have a better idea of how that looks.

SmackDown may not be the top show on the WWE pyramid, but it certainly has a lot to offer. This includes a host of top level stars, including a variety of legends and newcomers. That can allow for some very big matches on the blue show and as luck would have it, we are seeing some of those matches play out. That is an effective way of seeing who is the best around, but what does WWE think coming into those matches?

According to Fightful, a backstage depth chart shows the top three babyfaces on the SmackDown roster. Braun Strowman is listed as the top face, followed by Jeff Hardy and then Matt Riddle. Strowman has been teasing a heel turn during his feud with the Fiend though has not made an official turn. Daniel Bryan was not listed on the chart, but has not wrestled since the June 12 SmackDown due to Coronavirus concerns.

Those are some good names. Check out all three of them in action:

Opinion: This is something that makes sense, though it does kind of show how SmackDown does not have a true top face. Strowman is hardly a smash hit, Hardy is freshly back from injury and is just shy of forty three years old, and Riddle has only been on the main roster for about two and a half months. They might need a big name in the upcoming Draft, but you never know what WWE is going to do with the show.

What do you think of the list? How would your chart look? Let us know in the comments below. 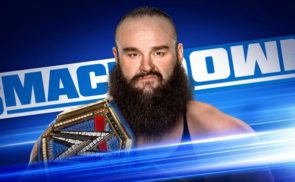 WWE Shifted Away From TV-PG This Week 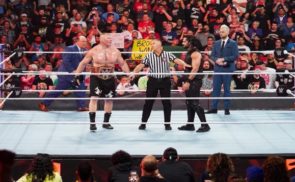