We aren’t done yet. This weekend saw one of the biggest non-WWE pay per views of the year with AEW’s Double Or Nothing. The show featured nine matches, capped off by the huge Stadium Stampede main event. The match saw the Inner Circle survive over the Pinnacle, but it turns out that the night was not over yet. Something else happened later and it was quite nice.

The main event was a heck of a battle. Check out how the whole thing went:

Opinion: I can’t say I blame Jericho and company for being excited about what happened at the show, as Double Or Nothing was a rather entertaining show. Stadium Stampede is one of the more ambitious matches you’re going to see and it worked out fairly well. I was even surprised by the ending and it was quite the spectacle to wrap up the evening. There is nothing wrong with taking the well deserved victory lap, which is what we had here.

What did you think of the show? Did you like the main event? Let us know in the comments below. 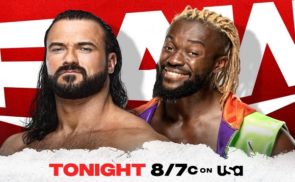