Hell In A Cell 2022 Preview, Predictions And Thoughts

This is one of WWE’s signature gimmick shows, but it also seems to be one where WWE is not that interested in promoting the thing. We have seven matches set for the show and three of them were added in the last six days. That doesn’t exactly give me a lot of confidence going into the show but maybe the work alone can pull it out. This certainly wouldn’t be the first time so let’s get to it.

This has been something of a comedy feud as Owens continues to fall more than a bit short of that time a few months ago when he headlined WrestleMania with Steve Austin. Instead, he is now in the middle of the modern version of Bobby Heenan trying to unmask Giant Machine, which isn’t exactly the most compelling story. It is a story however, though I’m not sure how much longer it can last.

I’ll take Ezekiel here, as there is little reason to have Owens win if the feud isn’t continuing. If WWE wants Ezekiel to mean something, he has to win his first big match, which would be right here. As much as I don’t want Owens losing AGAIN, it might be the best thing for him, even if I have no idea where the story is going. At the same time, I’m also not sure how much I care where it’s going, but that’s another story for another time. Ezekiel wins here.

This was the big ending segment for the go home Monday Night Raw and for the life of me I have no idea why. It is the fourth Lashley vs. Omos match in a series that has already included the two of them trading wins and Lashley winning a cage match. Why we are seeing a fourth match between them is beyond me but that is the case with a lot of modern WWE.

Give me Lashley to win here, as he probably beats Omos again on his way to finally getting his hands on MVP. That should be the big goal of the whole thing, though that might mean even more matches between Lashley and Omos and I don’t think I can take much more. Odds are this isn’t the end of the feud, even if Lashley beats both of them at once. Which he will.

US Title: Theory(c) vs. Mustafa Ali

Speaking of rematches, Theory jumped Ali before their title match on Monday and then beat him in a hurry, but that didn’t work for the WWE brass so we’re doing it again here. Theory hasn’t done much with the US Title but that is kind of expected with most modern champions. That being said, he is still in a better place than Ali, who is just kind of there every week, likely getting punished for having an opinion.

As a result, there is no reason to believe that Ali is going to be winning the title here. He is hardly the biggest star on Monday Night Raw at the moment and certainly lower on the totem pole than Theory. This is Ali’s big chance at winning a title (which he hasn’t done in WWE so far) in his hometown, which is just about the ultimate perfect storm for WWE to laugh at fans as their hero falls on his face as the rug is pulled out from underneath him. Again.

This is one of those matches where the question isn’t about who is going to win but about what is going to happen. WWE has all but said that someone is going to join the team here and that makes you wonder who it is going to be. They have dropped Styles’ name so many times that I doubt it is him, but at the same time, I kind of pity whoever is going to make the jump.

I’ll go with Judgment Day winning here as Balor is the one to join the team. Balor has barely been a factor in this feud save for a few run in saves so it would make sense for him to be the big swerve. The team still doesn’t seem like it has a purpose but maybe once they have their full ranks (or at least a fourth person), they can stop babbling about what they’re doing (whatever that is) and do something for a change.

Belair beat Lynch to win the title two months ago and since then, the feud has grown to add Asuka, because that’s about as much as you can ask for. That doesn’t exactly make this feel fresh and it certainly doesn’t feel interesting, but when has that ever stopped WWE before? At the very least, this has the makings of a heck of a match because there is quite a bit of talent to be seen in there.

Give me Belair to retain here, as there is no reason to change the title so soon. Belair can pin Asuka (why else is she in there) and likely set up some big rematch with Lynch down the line, probably at Summerslam, because those two are getting to dominate the division at the moment and that is not going to change. Lynch will get in her moments, but this is going to be about Belair taking out Asuka to retain, leaving the big rematch for later.

This is the lone Smackdown match and it is No Holds Barred to distinguish it from last month’s Corbin vs. Moss match. There is a bit of a difference this time though as Moss is now the serious version and he has even dropped the dumb gear that he wore for so long. If they wanted him to be something important, that was great first step and now we might be in for a more plausible push.

There is no reason for Corbin to win here and WWE knows that too, meaning Moss gets to build up some more momentum. Other than that, they should have a hard enough hitting match as Corbin can do the brawling well enough. The match won’t be some kind of a classic, but at least it gets Moss a win and maybe even sets him up for something else down the line. With the changes they have made, it might even work.

And now, a match at the Cell show actually taking place inside the Cell! This will be the show’s main event and the fact that we have seen Rhodes beat him twice coming into this show is just a detail. I don’t particularly know why I would want to see this again, but at least they did add a personal reason on Raw, when Rollins brought up the AEW connection. That might not be a good reason to put them in the Cell, but that hasn’t stopped WWE in a long time.

Rhodes wins here, because there is no reason for him not to. That should end this feud and let Rhodes get ready for something else going forward, such as a Money In The Bank run or a Summerslam shot at Roman Reigns, assuming he bothers to show up. They’ll have a good match, but I’ll spend most of the match wondering why it’s still happening after Rhodes has beaten him twice coming in.

This isn’t exactly an inspiring card but that is how a lot of June WWE pay per views go. They’re trying to get their third straight show off of the same stories and that isn’t exactly interesting, but at least this should send up on into the summer season. There are some good matches on the card so I’m not dreading the show, but it feels like a pretty low show on WWE’s priority list and that doesn’t have me begging to see it. 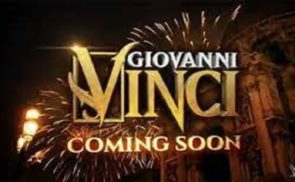