Not that way in AEW. There are certain things in wrestling that you are going to see over and over again in one form or another. Two of the things that come up so often are cheating and violence, which can often go hand in hand. There is something that feels so right about watching a villain crack someone with a chair, as it is such a wrestling thing to do. That was the case this week, but it did not go as planned and that is a bad thing.

One of the most classic weapons in wrestling is a steel chair. It makes sense to have them around ringside, they look and sound painful, and anyone can swing one of them. Just like anything else in wrestling though, there is a right and wrong way to use one. If it is done improperly, things can get even worse than they seem, which was the case earlier this week.

During this week’s AEW Dynamite, Sammy Guevara threw a chair at Matt Hardy’s head, busting him open in the process. The cut was not planned and the chair legitimately caused Hardy to bleed. According to Wrestling Observer Radio, Guevara threw the chair harder than planned, causing Hardy to need thirteen stitches. According to Wrestling Observer Live, Guevara could not find the chair he was supposed to throw at Hardy and threw a heavier one as a result. Guevara was given a stern talking to about the incident.

It was a rough one. Check out what Guevara did to Hardy:

Opinion: This isn’t something that you can mess around with, as a chair to the head, especially one that is not designed for something like this, can be rather dangerous. Hardy’s injuries seem to only be on the outside, but what if they had done something worse to the inside of his head? Guevara should have been talked to about this, as he caused Hardy to be hurt in what should have been a much safer spot.

What do you think of the Hardy vs. Guevara feud? Where is it leading? Let us know in the comments below. 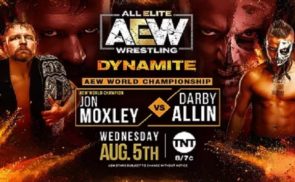