There is your dream team. There are certain wrestlers who seem like they would be perfect together and occasionally you get to see them working together. That can make for some outstanding moments if you can wait long enough to actually see them. There is a current pairing that fans have been clamoring for and now we will be getting to see it, albeit on a slightly smaller stage.

Big Time Wrestling in Webster, Massachusetts has announced that Bret Hart will be managing FTR in a tag match against Brian Pillman Jr. and Brock Anderson on June 10. Arn Anderson will be in the corner of Pillman and Anderson, Arn’s son. This comes after several weeks of speculation of Hart coming to AEW to manage FTR. There is no word on if this will be done again elsewhere.

FTR will FINALLY get their chance to be managed by Bret Hart when they take on the team of Brian Pillman Jr & Brock Anderson with Arn Anderson!

It happens on Friday June 10th in Webster, Ma!

Opinion: This is the kind of cool thing that you do not expect to get to see but it is certainly fun. Hart is pretty perfect for FTR and while they don’t need a talker of any kind, it is nice to see something like this as a one off. While I don’t need to see it in AEW, getting to see it as a one off on a smaller show is rather nice. If nothing else, Arn and Hart didn’t interact much so it should be a pretty cool moment.

What do you think of the match? Which legend would make the best manager? Let us know in the comments below. 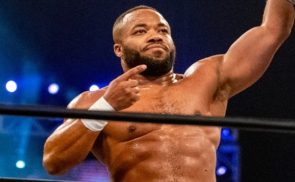 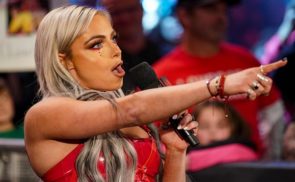