You have to have a sense of humor. There are certain moments in a wrestler’s career that change things in a major way. Some of these might be financial, such as signing a new contract with a company, but others can be reaching a milestone, such as being trusted as the top star of a promotion. The latter often comes with becoming the World Champion, and now a new champion has something in mind.

Over the weekend, Hangman Page defeated Kenny Omega to win the AEW World Title at Full Gear. Following the win, Page has issued a statement, which talks about his title win and what he wants to do as champion. The release is rather tongue in cheek, with a scheduled release date of “sometime after BTE goes up I guess”. Page also includes a thank you to all of his fans for sticking by him over the years.

This is one of the better things Page has done. Check out some of his other exploits in AEW: 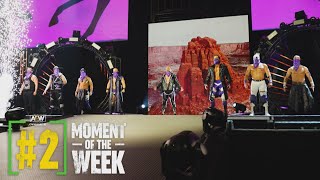 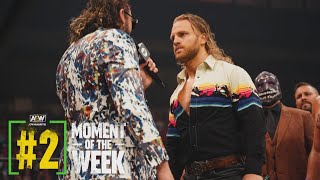 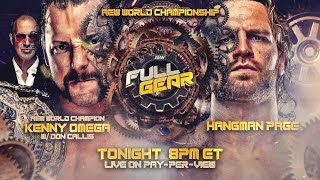 Opinion: This is one of those things that makes AEW feel so much more open and free for its wrestlers. You can only get so much out of the same creative team writing every joke that a wrestler gets to utter, as this came off as much more personal. In other words, it sounds like something Page himself (or a talented writer) came up with and that made things feel so much better.

What did you think of the statement? How will Page do as champion? Let us know in the comments below.