That was a close one. You never know what might bring a wrestler down. It might be bad booking, a loss at a bad time, the wrong character, or something a little more beyond their control. That might include an injury, or some other kind of medical issue. Those things happen to former wrestlers as well, even some of the best of all time. That’s what happened to a Hall of Famer recently, though luckily things seem to be ok after a short span.

At least this was a more emotional moment. 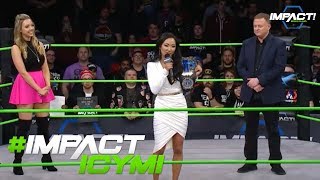 According to Wrestlinginc.com, Gail Kim recently announced that she was hospitalized with an appendicitis and had to undergo emergency surgery. Kim originally thought that she was suffering from food poisoning but her husband Robert Irvine felt that she needed better care and took her to the hospital. Appendicitis is an inflammation of the appendix and is considered a medical emergency. If treatment is put off, the appendix can burst and result in infection and sometimes death. Recovery typically takes several weeks and Kim says she should be back home tomorrow.

Thanks everyone for the well wishes. Everything went as well as can be! Amazing doctor and hospital staff….. I’ll prob be home tomorrow for recovery

Opinion: Well that was a lucky break. Kim could have been in real trouble if she hadn’t actually gotten some help like this. I know that she gets a lot of flack for being brought up and even appearing over and over again after leaving Impact Wrestling but there’s a fine line between someone being annoying and being very sick and in actual danger. Thankfully she seems to be ok and will be fine enough in the near future. At least it was caught in time.

Is Kim one of the best of all time? Why didn’t she have more success in WWE? Let us know in the comments below. 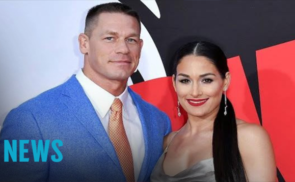 Video: Signs Nikki Bella And John Cena Are Getting Back Together