It’s time, once again, for a big show in April. You know, in case the five shows that ranged from biggest show of the year to big enough to warrant two nights weren’t enough already. This time around WWE is heading over to Saudi Arabia for a MASSIVE card, featuring ten matches, including seven title matches and the first ever fifty man Royal Rumble match. In other words, this thing has a chance of going as long as WrestleMania 34 did a few weeks back. You know, because bigger means better in WWE. Let’s get to it.

We’ll start with a big one as it’s already a WrestleMania rematch. While I’m almost positive that Nakamura gets the title at some point, I’m not sure if it’s here. Either way, he’s leaving Backlash at the latest as champion so a title change here isn’t out of the question. This week on SmackDown, Nakamura kicked Karl Anderson in the head while a downed Styles was helpless to stop him. That sounds like a way to turn the Club against Styles, which could set up the loss. 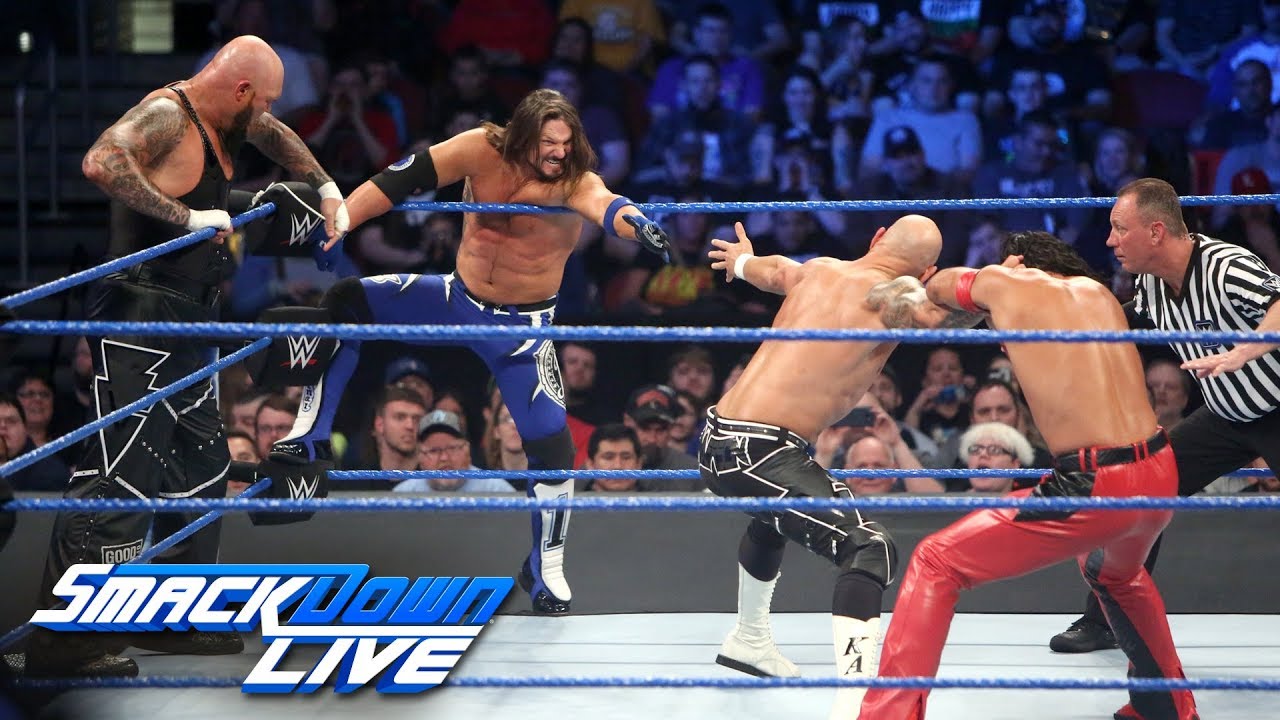 I’m just not ready to pull the trigger yet though so we’ll go with Styles retaining via DQ, likely due to having his groin abused again (get this man a cup already). You can probably pencil the match in for Backlash (announcing a few more matches for that thing would be nice already) so I don’t think they change the title just yet. It’s coming though, or at least it should be.

The Brothers (as opposed to the brothers) won the titles in a short triple threat match at WrestleMania where they dominated in short order. Who would have ever guessed that having Harper and Rowan just beat the heck out of people would be the best choice for them? The Usos have been incredible as of late as well too though and that could give them a strong chance. 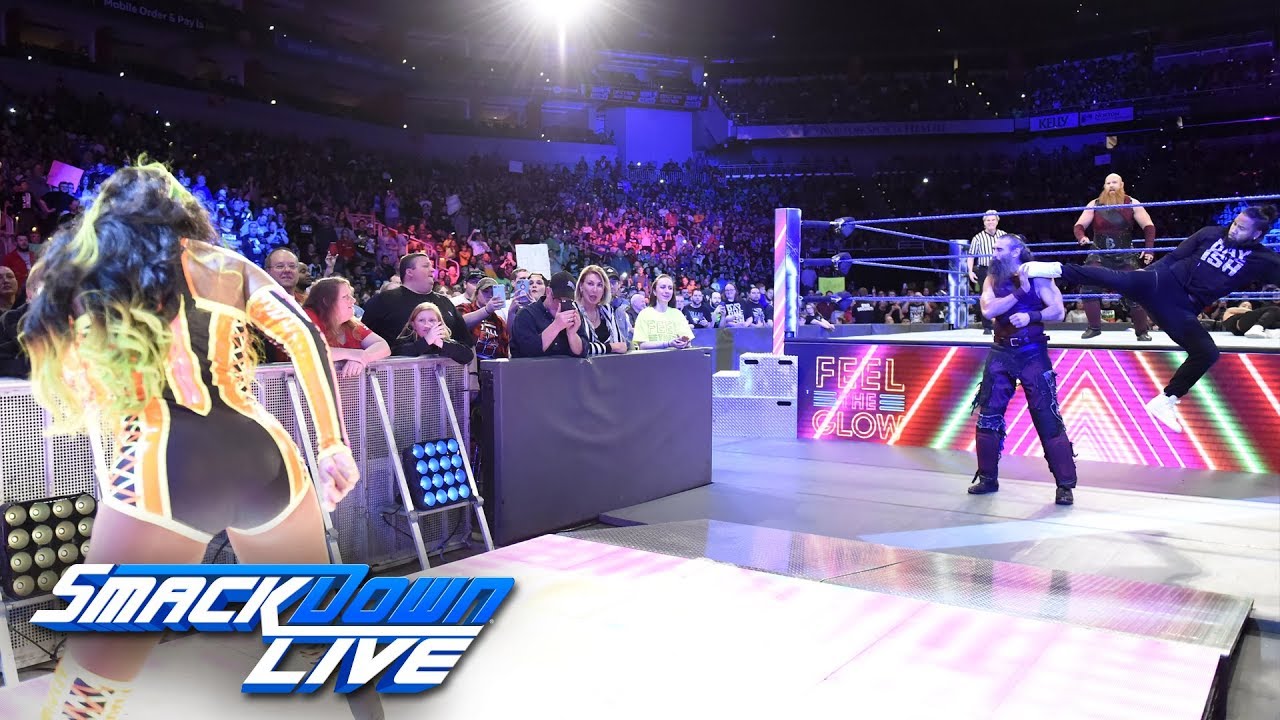 Unfortunately it won’t be enough of a chance as I can’t imagine the Bludgeon Brothers losing so soon. A team like them loses a lot of steam in their first loss and there’s no need to do that so soon. Give them some big wins until another team can take the belts later. The Usos have been champions frequently enough recently and there’s no need to change the titles here. Bludgeon Brothers retain in a good match.

This one worries me and I think you know what that means. At the end of the day, WWE LOVES itself some Jinder Mahal and I have no idea why. Maybe it’s because of his look or maybe it’s because of the market he allegedly can bring in but he’s not seeming likely to go away anytime soon. 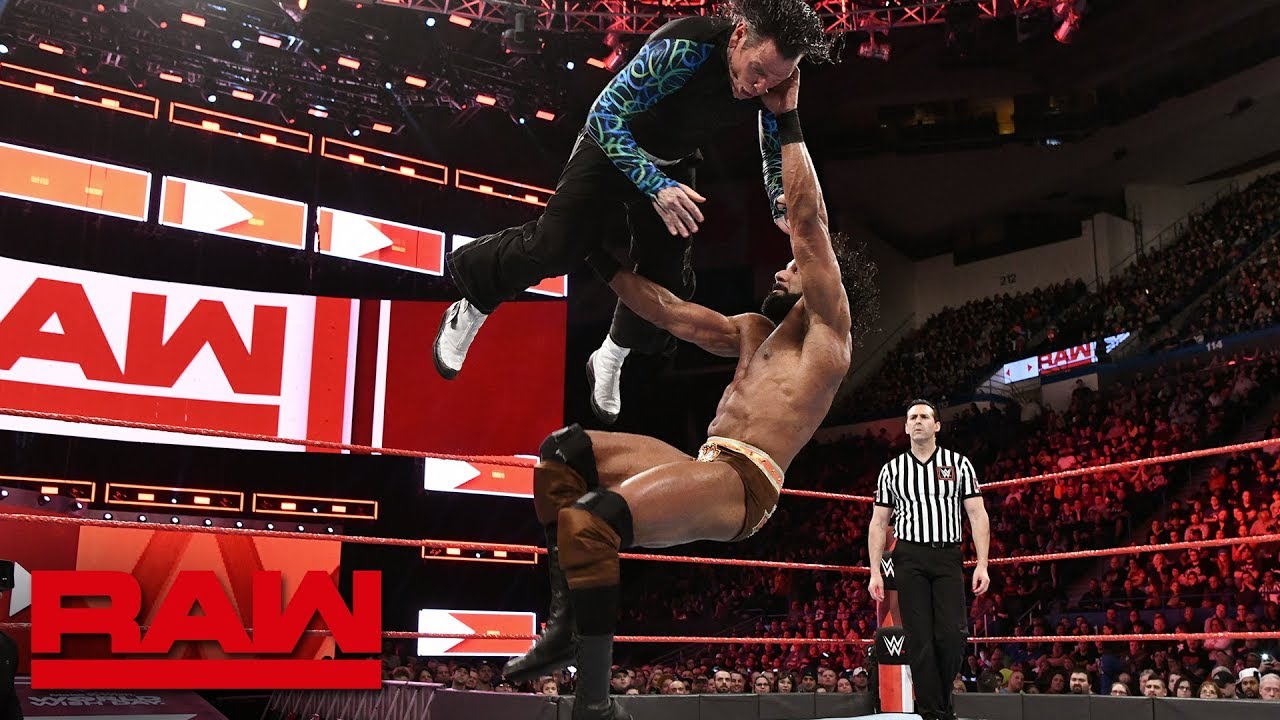 And yes, that means he wins the title here. They set the stage for it with Sunil Singh running in and attacking Hardy’s knee, which unfortunately seems to signal a short title reign. Mahal taking the title back to Monday Night Raw would give him more to brag about, which means he might be able to add a whole new sentence to the same promo he’s given for about a year now. There’s no way around this one for whatever reason.

Casket match. Here’s a case where it feels like the person who paid for this show saw one about twenty years ago and thought it would be cool to see it again at his show. Undertaker is fresh off squashing John Cena at WrestleMania and Rusev is fresh off having almost all of his value squashed away by various combinations of Randy Orton, Jinder Mahal and whomever else WWE has beat him that week. 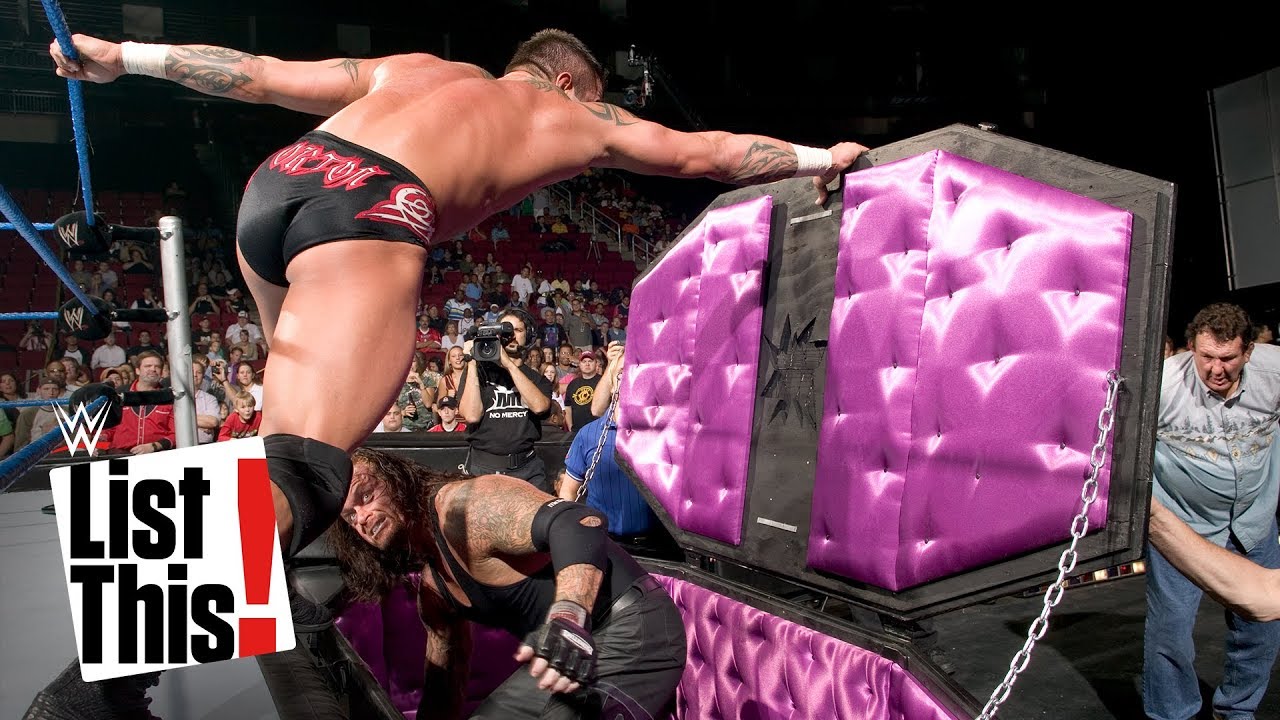 5 Superstars who beat The Undertaker in a Casket Match: WWE List This!

So yeah of course Undertaker wins because it’s clear that WWE thinks very little of Rusev at this point. Who cares if he became the hottest thing in the company for awhile and brought them in a bunch of merchandise money that they didn’t have to work for? Why should that matter when you can just have lose over and over? Undertaker wins here and does so handily, as expected.

It’s pretty clear that Alexander isn’t the long term choice to be champion as he’s already bringing the show back down to where it was before the tournament started. The problem is he doesn’t really have a character and there’s nothing to his personality. He’s not bad and can be a perfectly acceptable hand, but 205 Live isn’t interesting in the first place because there aren’t many stories to go around. 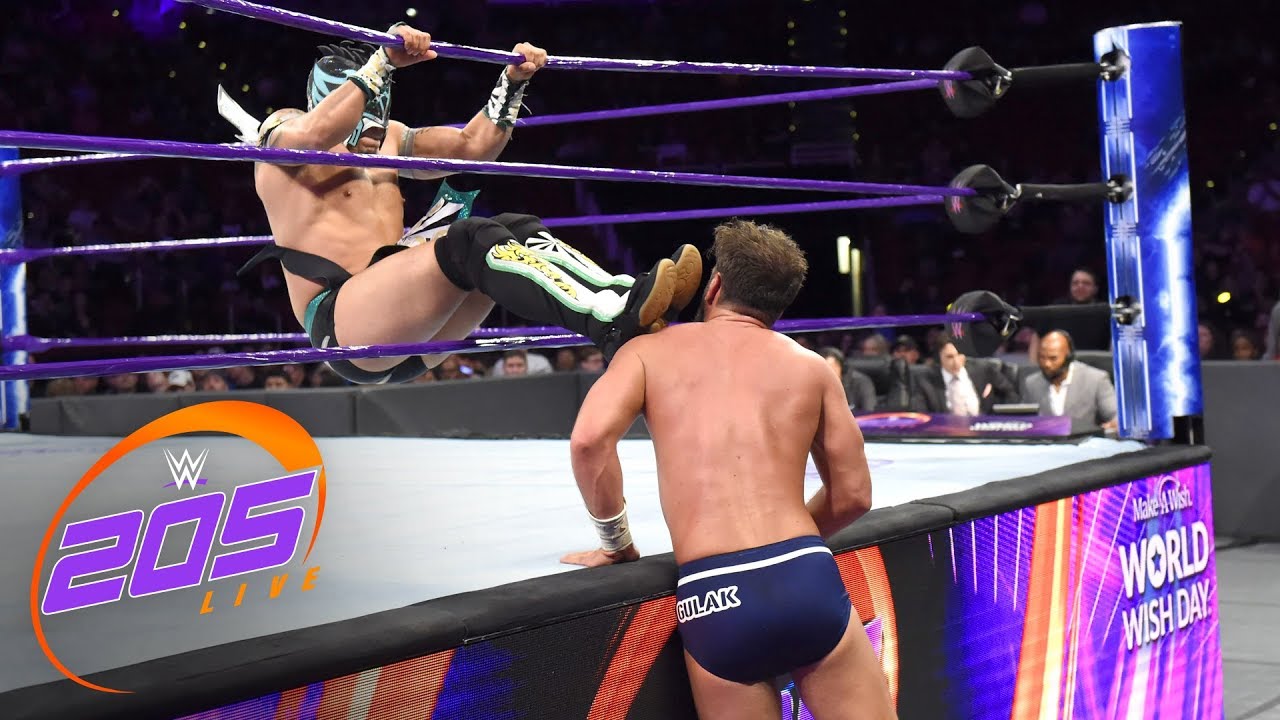 That being said, it’s not like it matters who leaves with the title so we’ll go with Alexander retaining. Kalisto was thrown in as a challenger and it’s still clear that Buddy Murphy is the next big time challenger. Either that or Mustafa Ali can be there to get his rematch after turning heel or whatever. Alexander is trying, but he needs more than this. That’s not happening anytime soon though and it’s why 205 Live is where it is.

The titles are vacant coming in and you can make your own Nicholas jokes here. This one isn’t exactly a secret and there’s nothing wrong with that. There’s no way they’re going to put both titles on the same show, meaning the winners are pretty obvious. It’s still a good idea though as having the former champs put the new team over at least gives them a little more legitimacy. 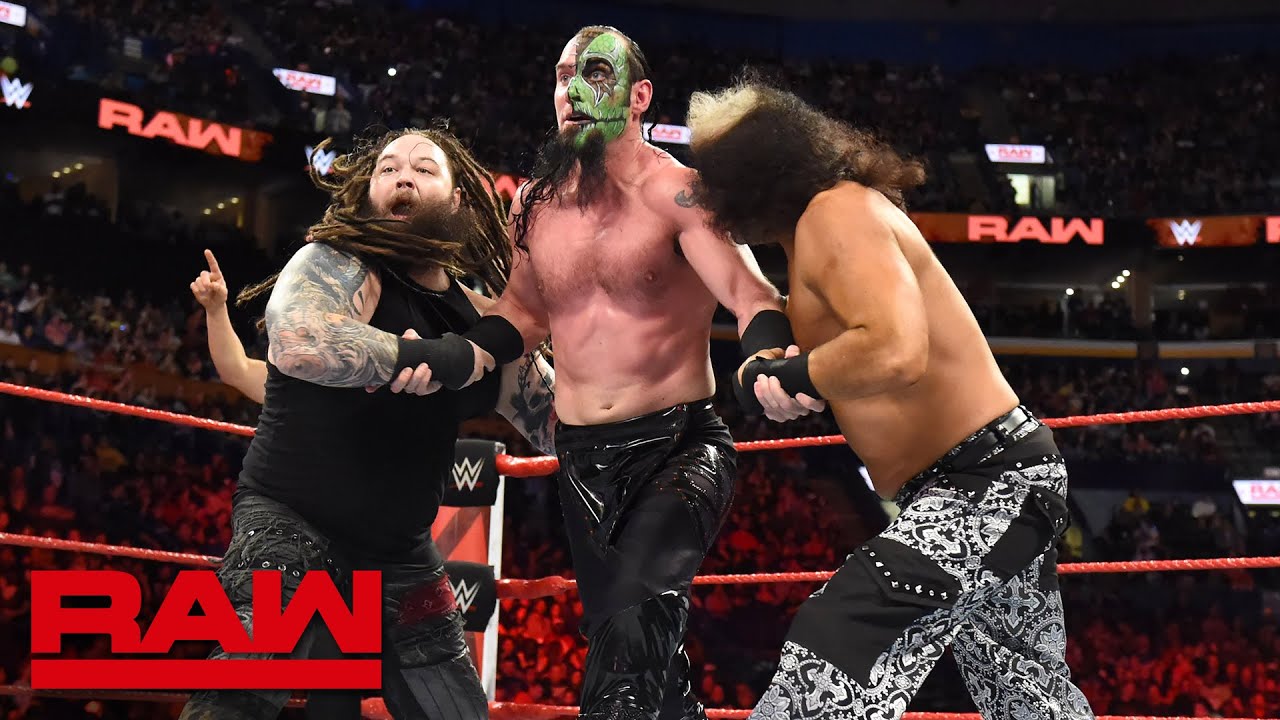 Of course Hardy and Wyatt win because Raw needs some titles. Really there’s not much more to it than that, especially when the Bar has already set up a feud with New Day. The Bar may not be my favorite team (to say the least but they’ve been a good pairing, meaning a win over them would help Wyatt and Hardy really get going. Wyatt can really benefit here and that’s a great sign for his career, which was on life support about a year ago.

Intercontinental Title: Seth Rollins(c) vs. The Miz vs. Samoa Joe vs. Finn Balor

Ladder match. WWE has done a good job of rebuilding Rollins in the last few weeks, especially with the fans going coconuts for him on Raw recently. Therefore, it’s time to take the title away from him because we can’t have him getting too over as a face, especially with Roman Reigns still being the Big Dog. Therefore, it’s time to make a switch and the US Title match result should give you a hint. 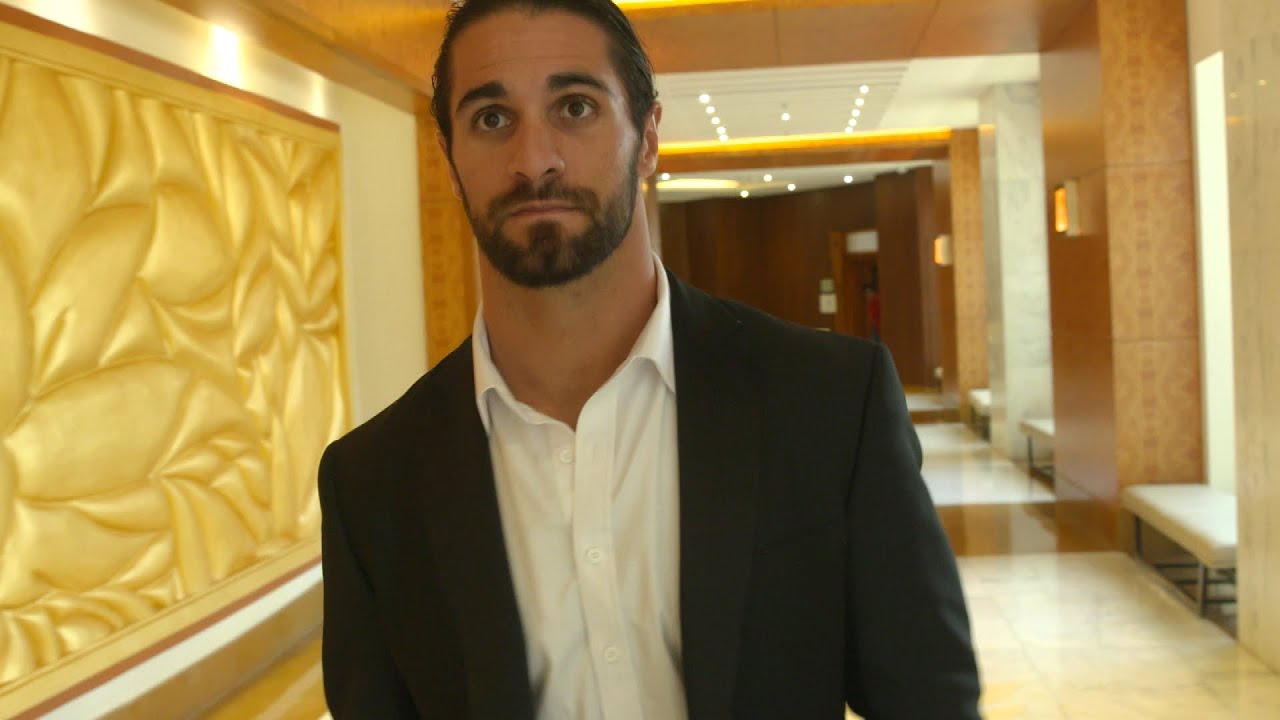 I’m going with Miz regaining the title here to tie Chris Jericho and set up a big time feud with Daniel Bryan for the title that he never lost. It’s not like Rollins has anything to lose by chasing freaking Mahal at this point so let’s just go with that. After all, Mahal was the WWE Champion and that makes him awesome. I’m really not sure I get the thinking here, but that’s WWE’s midcard for you.

You can file this one under “well, we had to get them on the card somehow.” It always helps to have a WrestleMania main event on the card so it’s not like this is going to feel like a letdown. Cena is fresh off of being squashed by Undertaker at WrestleMania and his TOTALLY real and TOTALLY not staged breakup with Nikki Bella so it’s not the best time to be him. Triple H on the other hand was beaten up by Ronda Rousey earlier this month so it’s not clear who might need the win more. 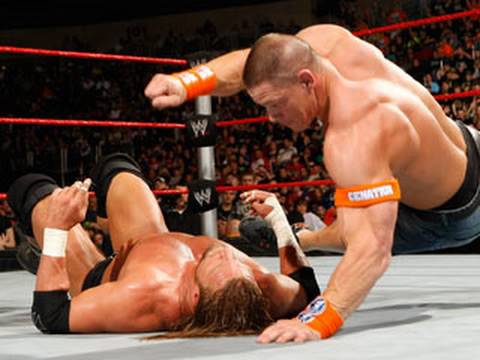 I’ll go with Cena winning here as he’s still somewhat active, or at least moreso than Triple H. I get why they’re both on the card and hopefully this is something shorter as there’s really no need for them to go twenty minutes or anything close to it. Let the time go to people who matter more at the moment as both guys are legends and don’t need much time dedicated to them.

Cage match. The more I think about this, the less sure I am about the whole thing. You know WWE wants Lesnar to move past CM Punk for the longest World Title reign of the modern era (because they’re all petty) and that means him holding it a little while longer. However, you also know they would cut ten years off the back of their life to get Reigns over as a face. Since that’s not happening in the United States, maybe the fans will react just for the sake of a title change. 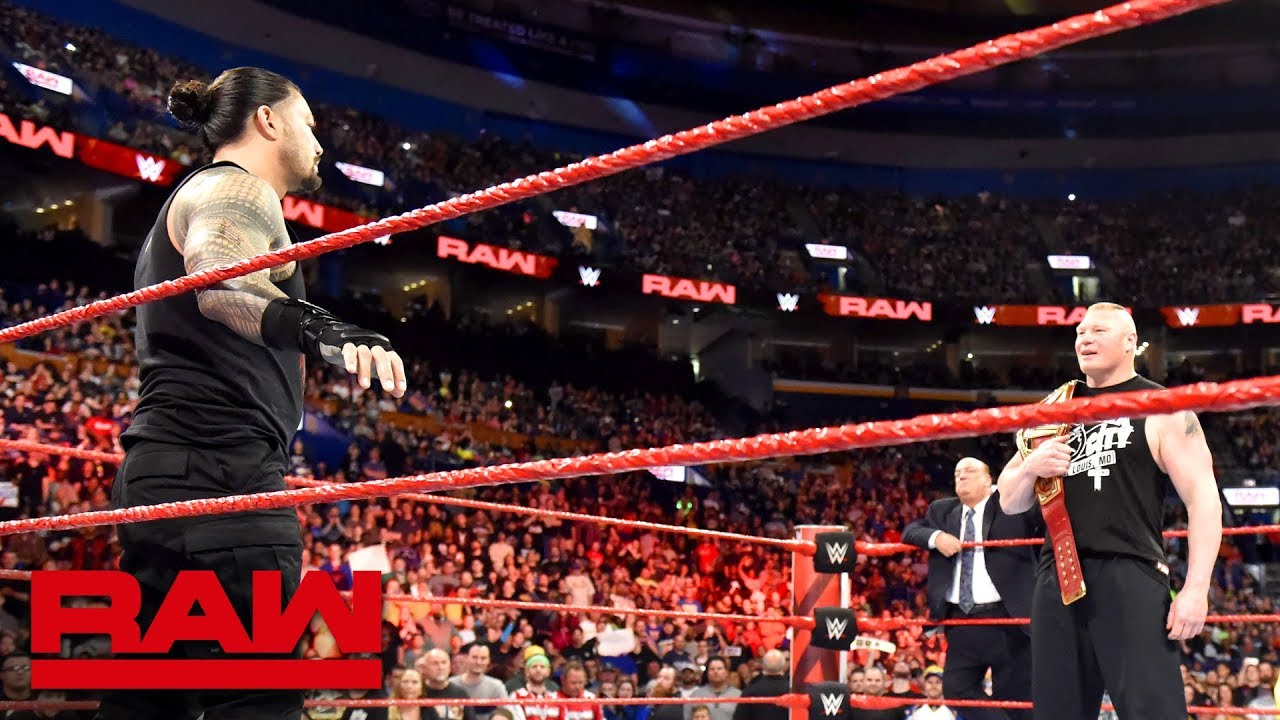 I’ll go with the title change here, as Reigns isn’t going to get the reaction they want anywhere else so they might as well do it here. On top of that, there are SO many people he could feud with for the title on Raw, which means nothing for Lesnar because, you know, he’s never there. Reigns winning makes more sense, and also makes WrestleMania’s main event seem like that much more of a waste of time, which seems to be a bonus for the company. But yeah, new champion here as WWE won’t let it go.

And of course there’s this, with no prize to be seen other than a trophy. At the moment there are only twenty five out of fifty names announced for the match, meaning you could go a variety of ways for the winner. You can almost guarantee that people are going to be working twice on this show as otherwise this is going to be the bigger jobber filled Rumble since 1995. For the sake of sanity, we’ll assume that people can work twice on the show.

Even with that though, I’m going to go with Daniel Bryan winning because really, why not? He’s incredibly popular, could use a big win to reestablish himself, and can do the YES chant to end the show. The problem I might be running into though is looking at this like a wrestling show instead of the big sales pitch that it is, but I’ll take Bryan in what feels like a logical move

The word LONG comes to mind for some reason. There’s so much taking place on this show and that makes it hard to imagine what we might be seeing all night long. There are likely to be a bunch of title changes but really, this is a major house show ala Global Warning, Insurrextion and Rebellion from back in the day. The card is stacked and if jet lag doesn’t kill them, there’s a good chance for an awesome show. Or a complete disaster. Either is a real possibility, which could make this a very interesting (and long) day. 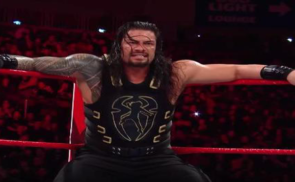 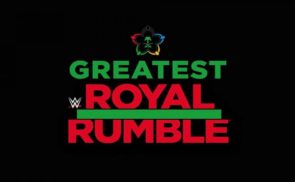