There’s more to it than that for Undertaker. WrestleMania 36 took place over a month ago and like any other event in the series, there are some parts of it that are more memorable than others. That is always going to be the case with WrestleMania, but given the unique situation in WWE at the moment, there was one match that stood out more than anything else on the entire card.

There is no secret to the fact that the Undertaker’s in-ring career is winding down. It makes sense as he has been in the WWE for nearly thirty years now and you can only stick around for so long. However, Undertaker was able to put in a very nice performance this year at WrestleMania 36 against AJ Styles. That was in a cinematic match though, meaning it was taped in advance and edited. What would happen in a more traditional setting though?

According to Wrestling Observer Radio, WWE is interested in running another Styles vs. Undertaker match at some point in the future. The rematch would be a traditional match, though it is not clear when the match would take place. Undertaker has not appeared on television since WrestleMania, though Styles has wrestled multiple times, plus referenced Undertaker in every appearance.

They had a big one last time. Check out what these two are capable of doing:

Opinion: As strange as it may sound, the singles match is what makes the most sense for the two of them next. They’ve already done the big over the top match because that is where Undertaker shines. What happens if they tone it down though and go more into Styles’ world? This could be a heck of a match and really, there is a chance that it’s the final match in Undertaker’s career. Who better to go out against?

Do you want to see the match again? How do you see it going? Let us know in the comments below.

RUMOR: WWE And TV Networks At Odds Over New Rule 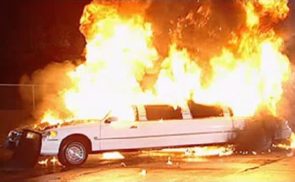