That rings a bell. There is a lot of history to wrestling, but there might be even more interesting legends. So many stories in wrestling are things that might have happened, but given the rather secretive nature of the business, you can’t tell which is which at various times. One of the more discussed legends in recent times came to prominence last year and now it is coming back again.

Bayley and Sasha Banks were the inaugural WWE Women’s Tag Team Champions and now they have the belts back, having defeated Alexa Bliss and Nikki Cross to become two time champions. This comes just over a year after their previous reign ended, but that loss led to a good bit of controversy, at least backstage. The champs are aware of it and made things known.

WWE has uploaded a video to its YouTube page, showing Banks and Bayley’s first photo shoot as the new champions. During the video, the two lay down on the floor and start crying, a reference to last year’s WrestleMania. Allegedly, Banks and Bayley laid on the floor of the locker room last year, loudly complaining about losing the titles at WrestleMania. Banks has denied that this took place.

This was pretty funny. Check out Banks and Bayley as the new champions:

Opinion: This is the kind of thing that makes me chuckle, mainly because the bigger fans are going to know what is going on but for those who aren’t as in on the story, it comes off as two heels being obnoxious. You get inside jokes like this on occasion and more often than not, they can be rather funny because they aren’t expected. Now why can’t these two be so funny everywhere else?

What did you think of the joke? How will the title reign go? Let us know in the comments below. 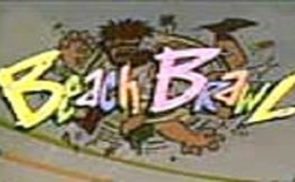