We’re halfway there. The WWE Draft is halfway over and that makes things a lot more interesting. The two night event is the kind of thing that can change WWE up in a big way. WWE is shaking up its rosters by moving names both to and from Monday Night Raw and SmackDown. That opens up a lot of possibilities and now we know several actual realities instead of just guesses.

Like last year, the 2020 WWE Draft featured both main rosters being divided into a pair of pools. A select group of Monday Night Raw and SmackDown wrestlers would be available exclusively on Monday and Friday each, with all undrafted wrestlers becoming free agents. Monday Night Raw would receive three picks to every two picks for SmackDown. Several picks were made on Friday, with a good number of free agents being left over.

There were four rounds of drafting with twenty picks being made on this week’s SmackDown. Monday Night Raw would go first in each round and make the first, third and fifth picks while SmackDown received the second and fourth. Tag teams were available in one pick, unless either FOX or USA wanted to split the team up, which was done in one case. Here are all of the picks, plus the available free agents:

It was a busy night. Check out how some of the events went down:

Opinion: This is one of the most interesting events of the year and that is what we got here. The Draft did a lot of things in one night and now we are going to be seeing an even longer version next week on Monday Night Raw. We could be in for some very interesting lineups when the whole thing is set and done and hopefully that is the best solution for everyone involved.

What is the best pick of the first night? Who do you want to see go where on Monday? Let us know in the comments below. 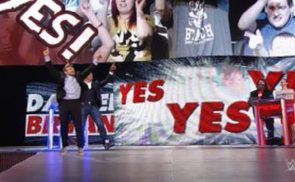