Turn on the lights because the party isn’t over yet. Last night’s Monday Night Raw saw a lot of stories advanced on the way towards Money in the Bank. This included a match being set up, another name being added to the women’s Money in the Bank ladder match, and already announced matches being advanced. With everything on the show, there were several choices for what could be the big post-show dark match. So which story got the big honor?

Check out the match before you get to see it on the big stage.

As you can see in the video above, the dark match after last night’s Monday Night Raw saw Bobby Lashley defeat Sami Zayn via DQ. Kevin Owens ran in to end the match but Braun Strowman came out for the save and the villains were cleared out to end the show. Strowman had chased Owens earlier in the night and Lashley and Zayn had a segment that saw their Money in the Bank match officially being set up.

In case you missed it, here are the full Monday Night Raw results from last night’s show.

Opinion: I know everyone is going to get to see the match in a few weeks at Money in the Bank, but it’s a cool feeling to get to see the match before everyone else as a special preview. That’s the kind of thing that you get to see and feels like you’re getting something unique. It also helps to have Strowman in front of the crowd as he’s one of the most popular people on either Monday Night Raw or SmackDown Live at the moment. Give the fans something fun to end the night on.

Are you looking forward to Lashley vs. Zayn? Who do you think is winning the match? Let us know in the comments below. 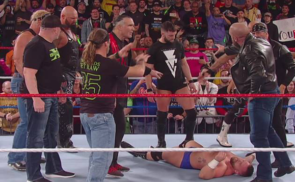 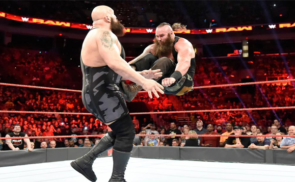