I remember you! Money in the Bank has come and gone and that means things have gotten a lot more interesting in a hurry. It was a show built around one major match and the match wound up being one of the most unique of all time. This year’s show featured another cinematic match with the Men’s and Women’s Money in the Bank ladder matches taking place at the same time. As you might guess, this meant a variety of cameos, in the WWE tradition.

WWE has been around for a very, very long time and that means there are going to be a lot of people who have come and gone from the company. Couple that with the fact that a lot of these people are going to appear as different characters and nostalgia can be a very easy thing to present. It was on display during the main event of Money in the Bank with several people making surprise appearances.

This year’s Money in the Bank ladder matches featured a variety of cameos from various legends. The names involved included the following:

Brother Love, who appeared in the bathroom and distracted Rey Mysterio. Love was a regular character in the late 1980s and early 1990s but has not appeared regularly in several years.

Doink the Clown, who appeared behind a chair after a brawl. Doink was played by several wrestlers over the years.

Stephanie McMahon, who appeared to tell Dana Brooke that she was not pulling down the right briefcase when she thought she had won the match.

Paul Heyman, who appeared eating a large meal, which caused a food fight among the wrestlers involved. Heyman was hit with a plate of food in the process.

John Laurinitis, who appeared in the cafeteria and was hit by a pie. Laurinitis was an authority figure in WWE around the early 2010s.

Vince McMahon, who appeared in his office when AJ Styles and Daniel Bryan brawled into the room. McMahon ordered the two of them out and went back to work.

Elias, who appeared at the end of the match to cost King Corbin the briefcase. Corbin injured Elias last month on SmackDown.

This was a wacky match. Check out the best cameo:

Opinion: WWE knows how to do matches like this with the best of them. They have so many people available for something like this and it’s great to see them using some of their resources. I know the match might not have been for everyone but they certain did something unique and that’s what the match was supposed to be. Now follow up on it with the regular television shows.

Which cameo was the best? Who else would you have liked to see show up? Let us know in the comments below. 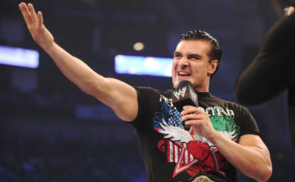 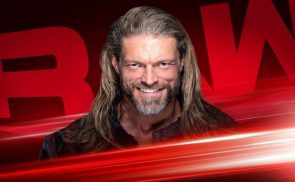