You don’t want to make the bosses mad. WWE is in a weird place at the moment but they certainly know how to get people to give them money. With so many television networks desperate for programming that offers stronger ratings, wrestling is in strong demand. That is the case with FOX and USA, both of whom have paid WWE a fortune for live programming. However, someone else is getting in on the act and the two networks aren’t happy.

Due to the spread of the Coronavirus, professional and amateur sports have all but stopped cold in the world these days. That doesn’t leave places like ESPN much to do, but they do have a way out with professional wrestling. WWE has a lot of video available and ESPN has seemed interested in airing a lot of it. That might not be the best move for WWE though and it might be a bit of a problem.

According to Sports Illustrated, FOX and USA were not happy with WWE allowing ESPN to air WrestleMania on three straight Sundays, as FOX wanted the shows to air on FOX Sports 1. However, Vince McMahon chose ESPN because they reach a larger audience. While FOX was not happy, they do have a deal with WWE to air shortened versions of WrestleManias over the next few weeks. There is no word on if ESPN will continue to air WWE content.

Both networks have a history with WWE. Check out how they have worked together in the past:

Opinion: Can you blame FOX for being annoyed here? I know it might not be as big as ESPN, but FOX Sports 1 would seem to be quite the logical place for WWE programming when they are airing one of your top weekly programs. Then again, none of the usual rules apply to the wrestling world these days and WWE is going to take whatever they can, with ESPN looking very attractive. Just remember that things will be back to normal one day and that is going to be even more important.

What do you think of WWE on ESPN? Should the other networks be annoyed? Let us know in the comments below. 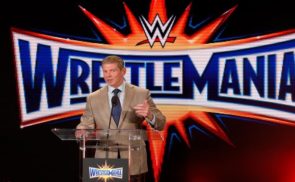