Things are coming together. Pay per views are the main focal point of the wrestling world and have been for a very long time now. It isn’t a hard concept to understand: you use your television shows to build up to a major show down the line and hope that the fans are willing to pay to see it. That has worked for years now and it is still used by the new big promotion.

We are less than two weeks away from AEW’s next pay per view, with Full Gear taking place on November 7. That does not leave them much time when the card has yet to see many matches set up. Coming into Wednesday, AEW still had time to add to the card, which only had four matches set up in advance. That number was increased quite a bit this week, with several matches being added.

This week on Dynamite, four more matches were added to the Full Gear card, doubling the total number of matches to eight. Added to the card were the following:

Friedman took part in a Town Hall meeting with the Inner Circle, with Jericho saying that Friedman could join the team if he could beat Jericho at Full Gear.

Rose had said she would not be wrestling again unless it was for the title so Shida accepted the challenge.

The tournament final was known in advance, though the participants were determined this week

Silver has cost Cassidy both of his shots at the TNT Title.

It was a big night. Check out how we got to these matches:

Opinion: This is the kind of show that they have been needing to have and they made it work well enough. This didn’t feel like they were throwing matches together to get things together in one night but that is what they did. I like most of the card that they are building and AEW has a good track record on pay per view. Now just make everything else work out.

What are you expecting from the show? Which new match sounds best? Let us know in the comments below. 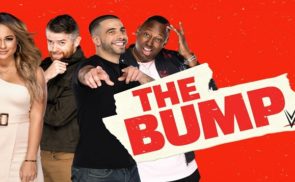