Welcome home. Even though WrestleMania 37 saw the return of fans to a WWE event for the first time in over a year, we are still in the middle of an international pandemic and that is still a reality for everyone. On one hand, it means that there are going to be some things that have to be taken care of every week, which are in addition to the regular issues that face wrestlers every day. Two fairly prominent WWE names have been gone for a bit, but that is no longer the case.

Raw Tag Team Champions AJ Styles and Omos made their returns to WWE television this week, marking their first appearances since WrestleMania 37. Styles and Omos successfully defended their Raw Tag Team Titles against New Day in a WrestleMania 37 rematch, where they won the belts in the first place. This was Omos and Styles’ second career match together as a team. The two had missed the last several weeks due to one of them not being cleared to appear, though it is not clear which it was or what was wrong.

Opinion: I’m glad that Omos and Styles are back, as it was very strange to see the new champs just missing from the show after WrestleMania. If nothing else, it is nice to see someone as talented as Styles back. Styles is the kind of person who can do almost anything asked of him and if that involves bringing Omos up with him, then things are getting even better.

What do you think of the team? How long will they hold the titles? Let us know in the comments below. 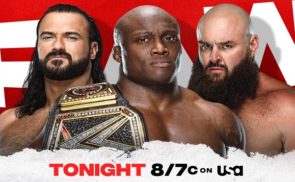 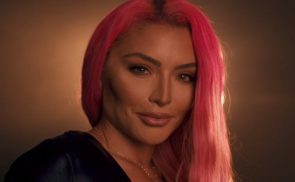