That’s a good step forward. Wrestlers are larger than life characters who are regularly on television doing things that no one else would ever do in regular life. That can make for some rather interesting moments, though that is not the end of what happens to them. There are several things that take place after the cameras stop rolling and now a former wrestler is getting some good news in his personal life.

Last month, Patrick Clark, better known as Velveteen Dream, was arrested twice in the span of a week on various charges. However, according to PWInsider.com, the August 20 charges of First Degree Battery and Trespassing have been closed, as a hearing scheduled for September 28 has been canceled. Court records cited a lack of evidence in dropping the charges. Clark was recently released from a 25 day jail sentence for a probation violation stemming from the August 20 charges.

Opinion: That is some good news for Clark, but he still has more than enough legal issues to worry about. I’m not sure what is going on with him, but it would be a shock to see him getting back in the ring at any kind of a high level. He is indeed talented, but there are only so many issues that can be ignored for the sake of someone being a good wrestler. Hopefully he can figure this stuff out, because otherwise, it could be a rough time for him.

What do you think of Clark? Will he ever wrestle on a big stage again? Let us know in the comments below. 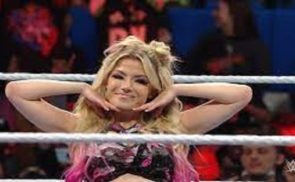