She’s impressed. There are different types of wrestlers throughout the industry and one of the most prominent is the powerhouse. These are wrestlers who mainly rely on their size and strength to dominate matches and they often easily overpower their opponents, especially near the end of a match. Now a former WWE powerhouse has some high praise for one of the current WWE editions.

Last week on NXT, Rhea Ripley made her return to the ring after a four and a half month absence due to an injury. Ripley defeated Roxanne Perez in the match with the Riptide and stacking her up for the pin. Former WWE star Nia Jax commented on the pin, saying that Ripley was “pancaking” her. Jax is a former Raw Women’s Champion but has not wrestled since September 20, 2021, after which she was released from WWE.

134 days since my last match…
Still the best! Still a menace ? pic.twitter.com/MNpvvS2pZe

Opinion: That was quite the Riptide and pin from Ripley, to the point where it impressed someone who is not even active in the ring these days. Ripley is one of the best powerhouses in all of wrestling these days and it is impressive to see her crush someone like that. Jax is right in that it was a heck of a pancaking and hopefully we get to see more of them in the future.

What did you think of the match? What is the most dominant pin you have ever seen? Let us know in the comments below. 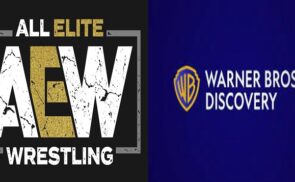 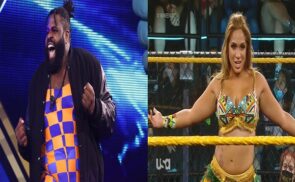