There was some stuff going on last night. On Sunday night, WWE presented its annual Extreme Rules pay per view. Although it didn’t feature many matches that would be described as extreme, there certainly were a few things going on that made the show feel like a pretty big deal. If you’re in a hurry, here are the five biggest things that took place either in or outside of the ring at last night’s show.

Of course if you’d like the longer version, check out our full results.

The Iron Man match for the Intercontinental Title headlined the show with Ziggler retaining the title over Rollins in overtime 5-4. The match ended in a 4-4 tie but Monday Night Raw General Manager Kurt Angle came out and said the match was going to sudden death. This was the first time that a match for the Intercontinental Title (not counting matches for multiple times) main evented a WWE pay per view since 1996.

It certainly was a long one. 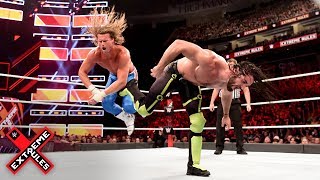 In the SmackDown Live main event, Styles defeated Rusev with the Phenomenal Forearm. Rusev spent the match working over Styles’ ribs but Styles injured Rusev’ knee, making the Accolade a near impossibility. Late in the match, Aiden English pulled the turnbuckle pad off but Rusev hit it instead, setting up the forearm to retain Styles’ title. Rusev wasn’t happy with English after the match.

There were two title changes at the show. In the show’s opening match, the B Team defeated Matt Hardy and Bray Wyatt to win the titles when Bo Dallas pinned Hardy. Later on, Shinsuke Nakamura defeated Jeff Hardy to become the new United States Champion. The match lasted less than ten seconds as Nakamura hit Hardy low before the bell and then hit Kinshasa for the pin in the only move of the match.

What did the new champion have to say? 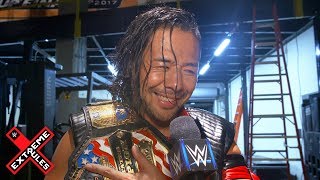 Early in the show during a backstage segment, Angle said that he was tired of having Universal Champion Brock Lesnar avoid title defenses and not be willing to enter negotiations. Therefore, Angle announced that Lesnar would have to be at tomorrow night’s Monday Night Raw to set up his next title defense or Angle would strip him of the Universal Title.

In a match that was a candidate to headline the show, Lashley pinned Reigns clean, handing Reigns a very rare loss. The match was originally going to be part of a multi-man #1 contenders match for a future shot at Brock Lesnar’s Universal Title. As it stood, the match wound up being a standard grudge match, though Lashley is still a candidate to face Lesnar in his next title defense.

They hit each other really hard. 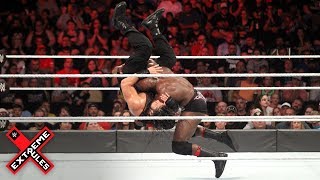 Opinion: For a show that didn’t have the most hype coming in and doesn’t seem to be the most important night on the schedule, there certainly were a fair few things going on. This should help WWE get ready for Summerslam, which takes place in a mere five weeks. With a potential Universal Title match as a main event, things should be fine if WWE follows through on some of the things they’ve been doing.

Which of these stories interests you the most? How excited are you for Summerslam? Let us know in the comments below. 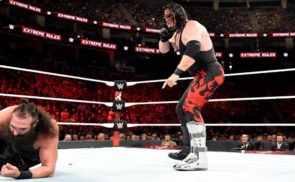 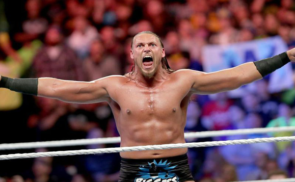