You do need to change something up. Feuds come and go in wrestling but the most memorable ones are the kind that hare built up over time. It might be easier said than done, but setting up a story and letting it build over time can give it a better impact. One of the easiest ways to make something feel bigger is to add a stipulation to a match, which seems to be the case again.

We have just over a week to go before WrestleMania 37 and the cards are mostly set. Just about every title in WWE is going to be defended over the two shows, including the Intercontinental Title. Champion Big E. has been having problems with Apollo Crews for months now and their matches have become increasingly violent. Now we might know where that is heading.

During this week’s edition of SmackDown, Crews challenged Big E. to make their already scheduled Intercontinental Title match at WrestleMania a Nigerian Drum Fight. Crews did not explain the rules to the match but did suggest that it would have no disqualifications or countouts. WWE has yet to confirm the stipulation for the match, which will take place on night two of WrestleMania.

They have come a long way for this one. Check out how the previous fights have gone: 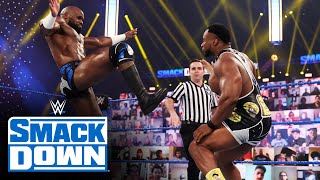 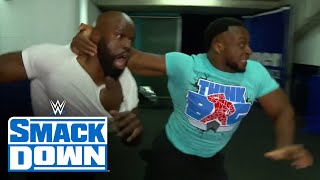 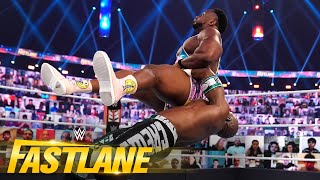 Opinion: I’m not sure how a Nigerian Drum Fight would go but it would seem to be something that is going to have quite a few props included. The match probably does need something like this as you are only going to be able to get so far with Big E. beating him time after time. This is something that could work out well, though I’m not sure I can imagine a title change taking place.

WWE May Have Spoiled Surprise Hall Of Fame Inductee