More On What To Expect From Vince McMahon At WrestleMania

He’s kind of important. There are a lot of people involved in the wrestling world but there is only one Vince McMahon. Like him or not, McMahon is the most powerful person in the wrestling industry and has been for decades. Anything he does can make a rather large difference in the industry and it can be an even bigger deal when he appears on television. That will likely be the case at WrestleMania 38 and now we know a bit more about it.

One of the matches announced for WrestleMania 38 will see Pat McAfee vs. Austin Theory. The match was originally announced during McMahon’s appearance on McAfee’s podcast, with Theory, who has been mentored by McMahon on WWE TV, being announced as the opponent the following day. According to Wrestling Observer Radio, McMahon is scheduled to be part of the match in some way, with the focus being on McMahon vs. McAfee. There is no word on how that will be set up, but an angle of some sort will be shot before WrestleMania.

Opinion: This is something that needs to happen, though I’m not sure how much heat there is going to be on the match. McAfee vs. Theory isn’t that interesting on its own and having McMahon included is only going to add in so much. McMahon is far more interesting than either of the two of them but I’m not sure how much he can add to a match that low on the card with so little time to set it up.

What do you think of the match? How will it be set up? Let us know in the comments below. 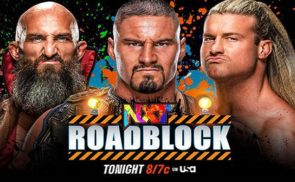