That’s what the internet is for. The last few months have seen quite a few changes in the world as the Black Lives Matter movement has caused a lot of people to look differently at racial equality. This has been the case almost everywhere and it is certainly the case in wrestling as well. It is true both of things people are saying at the moment as well as in the past, something of which may be coming back to haunt someone.

Despite not being around all that long, AEW has become one of the biggest and most well received wrestling promotions in the world. They have a few things that have become norms for them, including commentary. One of their best known names on commentary is Excalibur, who was one of the founders of Pro Wrestling Guerrilla (PWG) and had a lengthy in-ring career there as well. Some of that may be coming back to haunt him.

According to 411mania.com, Excalibur may have missed from this week’s edition of Dynamite over some in-character promos from PWG that have resurfaced, showing Excalibur using the N word to talk about an opponent. According to Wrestling Observer Radio, this was during a time when Human Tornado was asking other PWG wrestlers, including Kevin Owens, to use the word in their promos. Neither Excalibur nor AEW have commented on the situation, though Human Tornado has tweeted support for Excalibur and made it clear that the promos were his idea.

THEY DO NOTHING WRONG TO ME. ???? https://t.co/bnXExiPlvz

The promo was cleared for DVD. https://t.co/WvyQJOoluT

This is going to cause some problems. Check out the promo in question:

Opinion: I’m not sure how this is going to end, but odds are it is not going to go well. While the promo was in character, this is the kind of thing that will not be well received. I don’t think Excalibur will be fired over the situation, but it would not surprise me to see him being gone from television for a little while. It is a bad visual for everyone involved and I can’t say I’m surprised that Excalibur missed the show.

Should Excalibur be punished? What do you expect to happen to him? Let us know in the comments below. 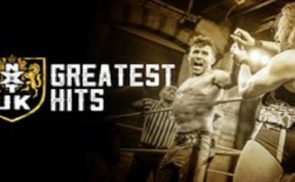