Even More Gold: AEW Introducing A New Set Of Titles, First Champions Coming At All Out

Keep them coming. There are a lot of titles in wrestling today and it can be interesting to see the directions they take. Most of them are pretty straightforward, but occasionally you will see some that are different enough that they get your attention. That seems to be the case again, as AEW is introducing some new titles that have been teased almost since the company was founded.

AEW officially introduced the Trios Titles this week on Dynamite, with the belts being shown in front of the commentary table. The inaugural champions will be crowned in the finals of a tournament at All Out on September 4, though no other details about the tournament were given. The titles have been discussed since AEW began but have never actually been introduced until now.

Opinion: You could all but guarantee that these titles were coming, but the question was more about when and where the champions would be crowned. AEW does indeed love running tournaments but that is what makes the most sense for titles like these. Give us the all action style matches that will set up a great final and things should be fine, even if it means more titles being added.

What do you think of the titles? Who will be the first champions? Let us know in the comments below. 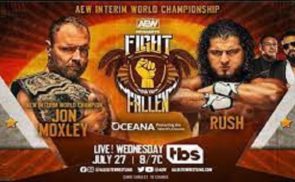 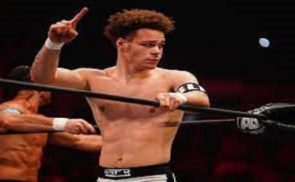 The List Keeps Growing: Another Possible Injury On AEW Dynamite