We’re on the Road To Wrestlemania and since WWE likes to have a few extra events these days, we have two pay per views before we can get there. This time around that includes Elimination Chamber, which does have something interesting with the show’s namesake matches. They’re doing something different with the two World Title matches this time around so maybe they’ll have something. Let’s get to it.

US Title: Bobby Lashley(c) vs. Keith Lee vs. Riddle

Lashley is on a heck of a roll as US Champion but I’m not sure if he is going to hang onto the title here. They have done a nice job of setting up the match but that’s assuming you ignore the absence of Lee, who was not even on the go home Raw. I’m not sure if that is going to be a big deal, but at the same time, it could give them an out to retain the title because WWE doesn’t mind having Lee lose quite often.

I’ll go with Lashley retaining the title, though I’m not sure how much longer he’ll be champion. In theory he should be on the way to challenging for the World Title sooner rather than later but he’ll need to lose the US Title first. I’ll take Lashley beating Lee here though, as Riddle continues to get close to winning the title but never actually gets there. I’m not sure he’ll notice though and he’ll still be just fine anyway.

My goodness these titles continue to find new ways to feel completely worthless. How many times in a row can the challengers be another thrown together team who have almost no time together as partners? That’s where we are again here, but at least Belair and Banks have a story together. I mean, of course they have the chance to have a story together because they totally haven’t made it clear that Belair is challenging Banks at Wrestlemania.

Anyway I’ll take Belair and Banks winning the title here, as there is no reason to keep the titles on Jax and Baszler. I don’t like the champions who feud with each other, but at least it could give them a chance to transition the titles to Raquel Gonzalez/Dakota Kai in NXT where they belong. Just go with what makes sense for the titles for once. It might be nice for a change.

I have no idea where they are going with the WWE Title right now. Everything on paper says it should be McIntyre vs. Sheamus in a one or two match program for the title but unless Sheamus wins the belt here and they go to Fastlane where McIntyre gets it back and then moves on to Wrestlemania, I’m not sure what else there is to do. That somehow leaves them with few options and a lot of options, which is quite the situation.

In what is rarely a good idea, I’ll go with the logical way and say Sheamus leaves as champion here, setting up the showdown with McIntyre at Fastlane. I’ll also ignore the Money in the Bank briefcase because I can’t manage to care that much less about Miz and the contract. But yeah, we’ll go with Sheamus winning here, probably eliminating McIntyre last to get the title.

Jey Uso vs. Kevin Owens vs. Daniel Bryan vs. Cesaro vs. King Corbin vs. Sami Zayn

Now we have a match with even more options to win because it’s kind of obvious what is coming after this match is over. This time around, the winner of the Elimination Chamber gets to challenge Roman Reigns immediately thereafter, making this kind of the consolation prize for the winner due to reasons of impending destruction. That doesn’t mean it is going to be a bad match, but it kind of weakens the impact.

I know the easy answers are either Cesaro or Owens….so I’ll go with Owens, hopefully allowing him to wrap up the feud with Reigns once and for all in another pretty awesome match. The match has a lot of potential and could go several different ways, but having the Chamber as a #1 contenders match never set all that right with me. It should be good though, and that’s all it needs to be.

So yeah I don’t think there is going to be that much drama to this one. Unless they have some kind of screwy finish to the Chamber where the winner is only in the ring for about ten seconds and comes into the title match fresh, this is about as much of a layup as you’re going to find. There is a good chance that Reigns is still champion going into Wrestlemania next year so I can’t imagine him dropping it here.

I think I’ve made it clear enough but just for the sake of completion, Reigns retains here and should do it pretty easily. Above all else, this continues the theme of Paul Heyman being smart enough to keep Reigns from having to work that much a lot of the time, and that is a great use for him. It fits everything they’re doing and Reigns has to do nothing but hold out his hand and take the title, because he knows he’s good enough to get away with it.

Note that I’m leaving off Asuka vs. Lacey Evans, which isn’t going to happen because WWE isn’t that crazy, despite it still being listed on the WWE.com preview as of early Sunday morning. Granted WWE.com also says that the show starts at both 7pm (Network schedule) and 8pm (show’s official page) so maybe I’m thinking too much into this.

Overall….I’m really not sure what to expect from this one and that’s a nice thing to be able to say. Above all else, either Chamber match could go in a few different directions and I’ll absolutely take that over last year where Shayna Baszler was the biggest lock to win in the history of the match. It shouldn’t be so difficult to write a story that leaves you with multiple options but since WWE does not have the best track record in that area, it’s rather nice to have that kind of a feeling for this show. 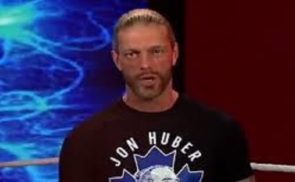 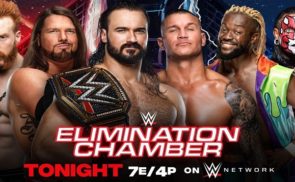