Eli Drake On Why He Never Returned To WWE

It’s not for everyone. There are a lot of wrestlers in the world and not enough spots for all of them to have their chance at the big time. The goal for a lot of people is to head to WWE, but that is not where a lot of them are going to wind up. Sometimes fans will wonder how a wrestler is not in WWE but there might be a rather logical explanation. That is the case with a certain loudmouthed star of the current generation.

Over the last few years, Eli Drake has flown under a lot of radar. While he is a former Impact Wrestling World Champion, he has kind of fallen off the mainstream grid since then. While he does regularly appear for the NWA, he has not set foot back in WWE since his release from NXT back in August 2014. Drake has done quite well since then, so why hasn’t the company brought him back?

During an interview with Whatculture, Drake explained that WWE had tried to bring him back three different times, with offers coming in 2016, 2017 and 2018. Drake was doing well financially in Impact Wrestling at the time and turned down WWE’s offers. He was ready to take one in 2018, betting that he would be able to improve enough to match his Impact Wrestling money. However, Drake did not take the offer due to personal reasons, which he said was not a big deal financially, but was a bad idea professionally. Drake is currently part of the NWA and one half of the NWA Tag Team Champions.

Drake was awesome in Impact Wrestling. Check out some of his time there:

Opinion: This is the kind of thing where you have to wonder how things could have gone. I don’t know if Drake would have been a game changer in NXT or even WWE, but he certainly would have had a chance. He has a great look, is fine in the ring and can talk with the best of them. If he ever gets the chance in WWE again, I certainly hope he takes it, because he has earned that kind of a shot.

What do you think of Drake? Will he ever wind up in WWE? Let us know in the comments below. 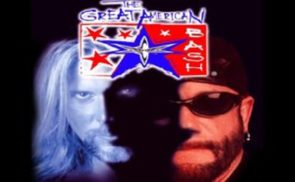 REVIEW: Great American Bash 1999: It Makes You Run To Raw 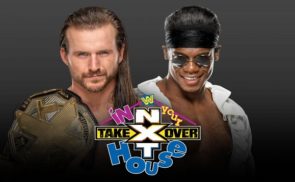