It’s worth another look. The wrestling world has been changing in recent years and part of that is due to the extra attention that it has been receiving. The last few years have seen all kinds of documentaries, films and series made on the wrestling industry, giving wrestling fans a new look into the industry. That has allowed for some extra attention on wrestling, and now it is going to take place again.

Last year, AEW exploded on the wrestling world and almost nothing has held them back. They have a long way to go but at the same time they have already come a long way. Their first year was a rousing success in a lot of ways and now things could only be moving even further up in the upcoming years. That first year may be done, but now we are going to be getting another look at it.

The AEW On TNT Twitter account has announced that AEW will be partnering with Director X for a documentary, called The History Of A Revolution, on the company’s history. A full video of some sort will be revealed on Wednesday November 18. There is no word on how long the video will be or if it will be a trailer or the documentary itself. It is also unknown where the film will be distributed or who will be interviewed.

We’ve partnered with @iDirectorX to bring the AEW story to life through his eyes. Full video coming 11.18.20 #Boundless pic.twitter.com/3hm9EagVvi

There is a lot to talk about. Check out some of the better moments in the company’s history:

Opinion: This is something that could be interesting and the company has certainly done a lot of good things in their first year. What matters most though is they seem to be ready to move forward with the second year, which becomes even more important than the first. The documentary could be interesting and well done, as I’m rather curious to see who will be included.

What are you expecting from the documentary? What is your favorite AEW moment so far? Let us know in the comments below. 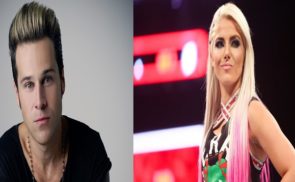 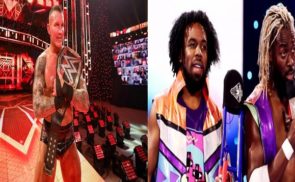