More Details On WWE/Mustafa Ali Standoff, How Long This Could Last

That’s a long time. With so many wrestlers on its active roster, it should be no surprise that some WWE names are not going to be happy. At some point someone is not going to see eye to eye with the company and that seems to be happening more and more often as of late. It is certainly the case with one wrestler in particular, and now we know a bit more about the particulars.

Over the last several weeks, Mustafa Ali and WWE have been in a standoff, with WWE refusing to use Ali, who has requested his release as a result. According to Fightful Select, WWE will not grant his release, leaving the two sides at a stalemate with Ali sitting at home. Ali has not wrestled since October and has since had an argument with Vince McMahon over how he is used. He has well over a year to go on his contract and WWE is refusing to release him over his perceived value.

Opinion: I don’t know how this is going to end, but I can’t imagine it is going to go well for Ali. At the end of the day, Ali needs WWE a lot more than they need him and they are more than happy to let him sit at home instead of using him in any way. It’s rather annoying to see when the company will release anyone at any given time, but ultimately, WWE has the power here and they know they do.

What do you think of the standoff? Will Ali ever be released from WWE? Let us know in the comments below. 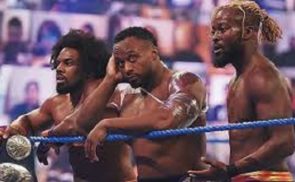